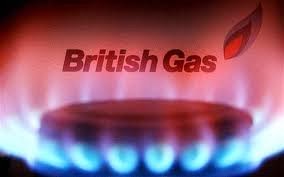 Last Friday my alert for a possible purchase below 340p was triggered. This has been on my watch list for some time.


What it Does
Centrica owns British Gas, the "downstream" business providing gas and electricity to consumers. British Gas is the UK's leading energy supplier, and serves around 12 million homes in Britain – nearly half of the country's homes – as well as providing energy to one million UK businesses.

Centrica Energy's portfolio of both on and offshore wind farms is capable of producing enough electricity to meet the needs of over 400,000 homes. Their 270MW Lincs offshore wind farm achieved first power last year and became fully operational in September 2013.

Centrica operate a fleet of six Combined Cycle Gas Turbine (CCGT) power stations across the UK. The latest, completed in 2010, is at Langage in Devon. Rated at 895MW, it is one of the most efficient generators of its type in the world.

In 2009 they completed a deal with EDF to acquire a 20% equity interest in EDF Energy Nuclear Generation , the operator of eight existing nuclear power stations in the UK. This was, in part, funded by the sale to EDF of Centrica's 51% equity stake in the Belgian business SPE.

Direct Energy, its US business, is one of the largest providers of electricity, natural gas and related services operating in 10 Canadian provinces and 46 U.S. states plus the District of Columbia., servicing the energy needs of 6 million customers. It owns and operates 4,550 natural gas wells in Alberta, Canada, and has three gas-fired power plants and power purchase agreements totaling 813 megawatts of wind power, in Texas.

Centrica's LNG announcement in March places it at the heart of a global shift where North American resources will play a larger role in the energy supply market, this means they are in a position to help customers manage the pricing and use of energy to their advantage.

As we all know, the big 6 energy companies have been in the spotlight in recent weeks. Firstly, Labour are promising to freeze energy prices if they get elected in 2015. Secondly, all have recently announced above-inflation energy price rises for the coming year.

Centrica delivered a slew of bad news last week as it issued a profits warning and said the political row over energy prices meant it was now less likely to invest in new UK power plants to keep the lights on and despite implementing a 9.2% price rise, profits would most likely be the same as last year, not the 4% increase previously forecast.

As a result the share price has tumbled from a recent high point of over 400p to an 11 month low of 336p on Friday morning.

Although the share price weakness could continue for some time, I believe the long-term outlook is not as bleak as is currently being painted. Centrica is a large diversified energy company with a market cap. over £17bn. I am hoping that all the bad news has been factored into the reduced share price - but expect price volatility for quite some time - and I have therefore decided to add CNA to my ISA portfolio at the purchase price of 337p.

Digital Look forecast profits of £2.53bn and a dividend of 17.3p for the coming year giving a forward yield of just over 5% and cover of 1.6x earnings.

They are due to release Preliminary Results for the year ending 31st December on 20th February 2014.