Back in early January 2013, I wrote a guest post for RIT  “Investing for Income Using Investment Trusts”. Here’s a link to that article

I thought it may be a good long term project to monitor the progress of this portfolio as if it had been started on 1st January 2013 so I  took the closing prices for each investment trust at the end of 2012 and allocated a nominal sum of £2,000 to each.

In June 2012, I moved my sipp into drawdown as I felt I could generate a better income over the long term rather than opting for a one-off annuity. Investment trusts now generate a large percentage of my drawdown income and also a significant part of the income in my stocks & shares ISA. The plan is, these equity dividends will hopefully rise each year to keep pace with inflation - a sort of index-linked annuity substitute.

The core portfolio was selected from the growth & income sector - both UK and global - and also included some of the higher yielding trusts from other sectors including global growth, Asia, smaller companies and some fixed interest.

Since the last update in August, the only change to the portfolio was the sale of Blackrock N. American Trust (link here) in October. The proceeds of £2,155 were recycled into a top-up of Edinburgh - an additional 375 shares @ 569p.

The stand out performance has been Aberforth Smaller Companies with a total return of 61% over the year although many others have returned well over 20%.


The main objective of the portfolio is to produce a reliable and rising income which I rely on to pay the bills and put food on the table. The dividends paid over the 12 months represent just over 4% of the starting capital. 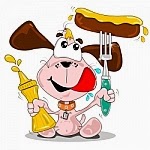 I am happy with the portfolios performance during 2013.