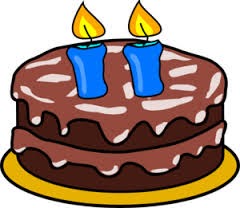 The plan is to maintain a rough split of 60% equities to generate a rising income which should hopefully keep pace with inflation. All equity investment trusts have managed above inflation dividend increases over the year. In this regard, the drawdown sipp is an index-linked annuity substitute.

In my first year review at the same point last June, the portfolio had got off to a good start with a total return of over 20%. The positive run has continued for a second year with an unchanged portfolio returning just shy of 8%. Total return for the two years is 32.6% which means the value of the portfolio is now back to where it was prior to taking the 25% tax-free lump sum payment.

By far the best return has been smaller companies specialist Aberforth with a return of over 30% this year and a near 95% return since the start. Losing a little ground this past 12 months have been Murray International (-5%) and Aberdeen Asian (-7%).

As we all know, there was quite a radical shake-up of pensions announced by the Chancellor in his March Budget. Here’s are links to my posts shortly afterwards - Budget 2014 and Review of SIPP Strategy.

Fortunately the GAD rules have once again recently been relaxed to allow the drawdown limit increase from 120% to 150% so this will provide some additional flexibility for the coming year. I am currently awaiting notification of the new limit from AJ Bell,  however when the changes announced in the budget take effect from April 2015, these GAD limits will become redundant.

Having had a little time to digest these changes over recent weeks, I am increasingly drawn to the conclusion that option 3 would be the best course to adopt - that is a phased withdrawal of the remaining pot and the reinvestment of excess funds into my ISA.

I am still not 100% decided on this so leave a comment below if you have any thoughts.

One area of surprise this year has been the significant increase in charges levied by AJ Bell. Their annual admin charge has increased from £90 to £120 p.a. but in addition, they have introduced an entirely new tier of charges which they call a ‘custody charge’ of £25 per quarter (£100 p.a.). They have also introduced a 0.2% fund custody charge capped at £50 per quarter but as I do not hold funds, this will not apply thankfully! 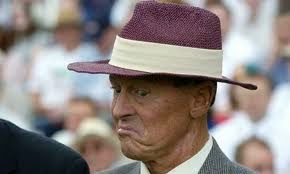 The new charges will be £220 per year - an increase of £130. I am sure nobody likes to see charges increased and personally, my inner Geoffrey Boycott - a frugal Yorkshireman who likes value for money, is grabbing for his stick of rhubarb. It pays never to be complacent and I suppose I have had a good run on charges over the years.

My next step will be to compare prices of the low cost providers to see how they stack up with the new charges from Youinvest. I imagine this may take a little time to research as the usual comparison sites do not cover sipp charges in drawdown. I will post my findings in due course.

Apart from this, I am happy with my first two years of self-managing a drawdown sipp portfolio. I will make a note to update again next June.
Posted by diy investor (UK) at 23:30