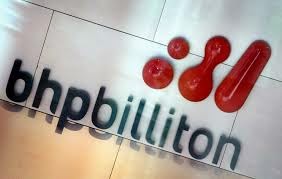 As the largest mining company in the world, BHP Billiton is essentially a one-stop commodity shop.

BHP makes over half of its profits from mining commodities - particularly iron ore, coal and copper so it is extremely exposed to demand connected to manufacturing and infrastructure e.g. airports, railways and housing, particularly in emerging-market economies such as China. Of course, the prices of these commodities can be a little volatile and over the past 12 months for example, the price of iron ore has fallen by around 30%.

Last week, the Company announced its decision to simplify the business by focussing a portfolio based on its four most profitable areas - iron ore, coal, copper and oil. Potash will remain as a potential fifth pillar of the operation.

The less profitable areas of the portfolio - mainly aluminium, coal, manganese, silver and nickel - will be sold off for an estimated $12bn to $15bn which should improve shareholder returns as the Company’s return on capital and free cash flow should rise. These assets are basically the old Billiton company before the merger with BHP in 2001. The Company confirmed that the demerger will be achieved via the setting up of a separately listed global metals company based in Perth, Australia with BLT retaining a stake in this new company. Existing shareholders of BLT will receive shares in the new company on a pro rata basis.

Commenting on the proposed demerger, CEO, Andrew Mackenzie, said:
"BHP Billiton is becoming a simpler, more productive company and the demerger proposal we have announced today is an important step forward. We plan to create an independent global metals and mining company based on a selection of high-quality aluminium, coal, manganese, nickel and silver assets. Separating these businesses via a demerger has the potential to unlock shareholder value by allowing BHP Billiton to improve the productivity of its largest businesses more quickly and by creating a new company specifically designed to enhance the performance of its assets. With a simpler portfolio, we are targeting at least another $3.5 bn of productivity-related gains by the end of the 2017 financial year".

The proposed final dividend is 62c making a total for the year of $1.21 - an increase of 4.3% on the previous year. Due to the strengthening GBP against the dollar, I do anticipate any increase in the amount received this year however. Dividend cover is 2.1x earnings. Over the past 10 years, dividends have increased from 28 cents to 121 cents - a CAGR of 15.8%.

Free cashflow cover has increased from 1.9x in 2013 to a more comfortable 2.4x mainly due to a significant reduction in capital expenditure and tighter control of costs.

The demerger makes a lot of sense. When I was running my business, it was often said that 80% of the profits come from just 20% of the lines sold. It is important in any business to identify and concentrate on the most profitable areas which is essentially what BLT is now doing.

I look forward to receiving my windfall shares in the new company following the demerger..

At the time of posting the share price is down 4% at 1985p - seems the increase in profits was slightly below analysts forecasts. The sp has however had a good run over the past year - up around 18%. Because of the cyclical nature of the business, holders of BLT should always expect it to be a bit of a rollercoaster ride. I have held this in my ISA since 2007 and topped up in late 2008 at around the 1100p area - 18m later and the price was over £25. Throughout this price fluctuation, the dividends have continued to steadily increase so for me, this is very much a case of ignore the price and focus on income.