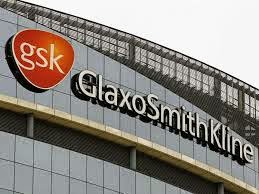 GlaxoSmithKline is a large global healthcare company employing around 100,000 people in over 100 countries. It emerged in its present form in the year 2000 from a merger between Glaxo Wellcome and SmithKline Beecham.

GSK has today issued third quarter results (link via Investegate). Q3 sales and profits are lower as weak trading in the US and Europe overshadowed a strong performance in emerging markets. However, core earnings per share (excluding divestments) lifted 5% at constant exchange rates (CER) to 27.9p in the third quarter, but were down 2% to 68p in the nine months. Q3 revenues fell 3% at CER and 10% in total to £5.6bn and core operating profit dropped 1% CER and 6% in total to £1.9bn.

The shares have struggled this year falling from £16.15 in January to around £13.50 before today’s results. Over the past three months, GSK’s share price has slumped some 15% , compared with a 5% fall for the FTSE 100 over the same period. The business has been badly affected by allegations of bribery in China, requiring it to pay a fine of  $490m, as well as the expiry of some patents.

GSK said it was now targeting £1bn of annual cost savings over the next three years aimed at "refocusing" the business. It also said it would explore a possible flotation of ViiV Healthcare, a division focusing on treatment for HIV, to "enhance visibility within the group".

The firm also reiterated its financial outlook for the full year, saying core earnings would be "broadly similar to 2013".

GSK pays quarterly dividends. It declared a third interim dividend of 19p, unchanged from a year ago. The final dividend is expected to be 23p making a total for the year of 80p - an increase of 2.6% on the previous year. The company also announced that the 2015 dividend is expected to stay at the same level as this year. However, the good news is the announcement of a proposed return of £4bn to shareholders next year via a B share scheme - I calculate this to be worth around 82p per share. This is expected to conclude in the first half of 2015.

The results have been well received by the market and at the time of posting the share price is up around 3% to £13.85 and the current yield is 5.7%.