As an investor mainly focussed on income, I like to keep up to date with UK market trends and statistics relating to dividends. The quarterly reports from Capita are an excellent resource

Capita Registrars have recently issued their report for the final quarter of 2014. The report compares dividends paid by UK companies and also looks at predictions for the coming year.

Headline dividends rose to an all time high of £97.4bn over the 12m period - an increase of 21% on the previous year. This figure includes a one-off special dividend of £15.9bn in February from Vodafone.

Leaving aside special dividends, the underlying increase was a modest 1.4% uplift to £79.1bn. A big factor holding back dividends has been the strength of sterling which knocked around £3.5bn off returns in the first 9 months of 2014. However, in the final Q4, underlying dividends grew 4% partly due to a falling GBP.

Some of the more consistent performers over recent years (in addition to the above) are BHP Billiton, Unilever, Imperial Tobacco, National Grid and Diageo. 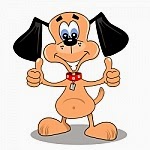 For those seeking to maximise income and who are prepared to ride out extra volatility, it appears that equities are still the place to be with steady yields of 3.9% from the FTSE whilst 10 year gilts have seen a collapse and are now yielding just 1.6% - down from around 3% just one year back.

Taking into account the cancellation of the final dividend by Tesco and also the recent strength of the US dollar which is currently 8% stronger than the average exchange for the GBP over the past year - 40% of dividends derive from companies who report in US dollars - Capita are forecasting dividend growth of around 5.7% for the coming 12 months to £83.6bn.

I will be very happy if my dividend income rises 6% over the coming year and inflation remains at 1%!
Posted by diy investor (UK) at 20:38