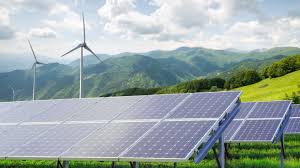 In recent months I have been mulling over adding one or two of the investment trusts which focus on renewable energy infrastructure. I covered some of these in an article last November.

I could not decide which ones would be the better option - some are more focussed on wind, others on solar and yet others on battery storage. I hold the Capital Gearing trust which has a modest holding in four of these trusts - Renewable Infrastructure, Foresight Solar, Greencoat Renewables and Greencoat UK Wind - however the combined holdings are only around 2% of the portfolio.

However, whilst researching Foresight, I saw they recently launched an infrastructure fund (OEIC) which has around 40% allocated to a range of the renewable trusts. Here is their latest factsheet (pdf)

The Case for Renewable Energy

According to the latest outlook from Oil giant BP, renewable energy is set to rise from 10% (currently) to become the world's main source of power by 2040. They suggest that in Europe it could be providing 50% of our energy.

Renewables are growing at a phenomenal pace. It took oil 45 years to get from 1% of global energy to 10% yet it is estimated renewables will achieve this in just 25 years.

BP says growth in renewable energy will be over 7% each year for the next 20 years driven by government policies, technology advances and the falling costs of wind and solar power.

In the past 5 years, renewable capacity in the UK has trippled whilst that of fossil fuels has reduced by one third as traditional power stations reach the end of their life and become uneconomic. In 2018, coal capacity fell by 25% and there are now just six coal-fired power stations remaining.

A big reason for this surge towards renewables is that the costs have fallen dramatically over the past decade. This means that climate-safe energy can compete with nuclear and fossil fuel production on cost alone. Here's the latest report (pdf) from IRENA. All new energy supply in the UK is now from renewables such as wind and solar.

This is a fairly recent venture launched at the end of 2017. The fund enables small investors to tap into the renewable energy sector which has grow ten-fold over the past decade.The fund is actively managed by Foresight which is a specialist independent infrastructure and private equity asset manager.
https://www.foresightgroup.eu/retail-investors/oeic/fiif-team/

It holds a range of trusts including :

Greencoat UK Wind (UKW) the first renewable infrastructure fund to list on the FTSE. It is a constituent of the FTSE 250 with a current market cap of £1.4bn. It is invested in 32 wind farms throughout the UK generating over 800MW of clean energy. (Makes up 9% of the portfolio)
http://www.greencoat-ukwind.com/ 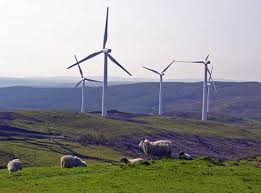 Renewables Infrastructure Group (TRIG) is invested in a mix of wind farms, solar and battery storage in UK, France and Ireland with a combined generation of over 900MW. They have recently acquired a 75% interest in a 230MW wind farm in Sweden.(Makes up 9% of the portfolio)
https://www.trig-ltd.com/

Foresight Solar Fund (FSFL) operates a portfolio of ground-based solar PV sites in UK and Australia (Makes up 4.5% of the portfolio)
https://fsfl.foresightgroup.eu/

NextEnergy Solar (NESF) operates around 90 solar PV sites based mainly in UK but also in Italy and South Africa. (Makes up 4.5% of the portfolio)
https://www.nextenergysolarfund.com/

These are the main dedicated RE holdings but the portfolio includes other funds which also hold a proportion of renewable energy holdings.

It targets an income yield of 5% paid quarterly. Ongoing charges for the fund are 0.65%. The total return for the past year since launch was 16.2%. Early days but looks promising.

This fund is held in my ISA and was purchased with some of the proceeds from the sale of my long-standing holding of City of London trust.

To keep global warming below the 1.5C suggested by the IPCC will take a huge global effort and a lot of investment into renewable energy to replace coal and natural gas. More and more electricity for our homes and, in the not too distant future, our cars will come from wind and solar. Hopefully this demand will strengthen the case for renewable infrastructure.