In my article keep it simple I listed a few of my basic rules for successful investing and said I would look at each one in a little more detail.

I believe the selection of higher charging investment funds is probably the single most significant factor why the average private investor is not more successful.

In his book “Monkey with a Pin” (free download from  www.monkeywithapin.com) Pete Comley suggests the average investor could be missing out on up to 6% in returns on their investments. His research points to around 2% of this being attributed to charges.

Fundsmith manager Terry Smith says the average UK investor who invests via an adviser, uses a platform and then invests in mutual funds, incurs total charges of about 3 per cent each year.

Investment fund charges range between 1% and 2% - typically around 1.5% is the going rate for many. Traditionally, this figure has included a 0.5% trail commission which was paid to the platform or adviser however the introduction of RDR has banned commission on new sales (but can remain for existing arrangements). However, these charges which appear in all the literature and comparison tables are not the whole story. 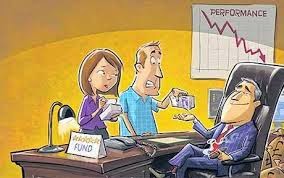 Although they are called ‘total expense ratio’ or now ‘ongoing charges’ - they do not include all the charges levied on the fund. For a start, they do not include transaction charges for the buying and selling of shares within the fund - nor do they include the 0.5% stamp duty on the purchases. The average ‘churn’ or portfolio turnover rate every year is around 50% - that means half of the shares held in the portfolio are likely to be traded in any given year. With some funds, the churn rate can be as high as 200% - which means the whole portfolio is turned over every 6 months. For every 10% of portfolio turnover, at least 0.2% is added in additional charges. This will typically add an extra 1% to the costs of holding the fund - more for less liquid markets like smaller companies and emerging markets funds.

Another ‘hidden’ fee that will impact on returns is soft commissions - fund managers deliberately hide costs that should properly fall under ongoing charges by inflating commissions on transactions. If you hold funds, you may wish to contact you fund manager and ask if they pay for things like research from soft commissions - I would be happy to hear from anyone who receives a response.

The effect of these ‘hidden extras’ will mean the average retail investor is paying not 1.5% in charges but more likely 3%. That’s 3% every year on the total value of your investments - whether they have performed well or not.

You may have seen research that shows, over an extended period, most fund managers fail to consistently beat their benchmark. Research also shows that many small investors continue to waste money by paying active management fees for this consistent failure. This underperformance is not just due to poor asset allocation or stock selection, though this is a factor, but just as much the drag effect of the high charges affecting the fund performance.

A bit like the boxer going into the ring with one hand tied behind his back - he’ll land the odd lucky punch but 9 times out of 10 he’s going to be knocked out.

As more people start to understand the drag effect of these higher charges on their investment performance, they are increasingly turning to low cost tracker funds. According to Investment Management Assn. figures, trackers accounted for just under 9% of the private investor market in 2012.

Charges are typically around 0.5% or less - the Vanguard FTSE UK Equity Index for example has a TER of just 0.15% (plus 0.5% stamp duty). Portfolio turnover rate is much lower on trackers - typically around the 10% - 15% range so the charges for this should be in the region of an additional 0.2%. I will take a more detailed look at passive investing via trackers in a future article.

Alternatively, Vanguard offer a FTSE 100 ETF (exchange traded fund) with a TER of 0.1% plus the added advantage of no direct stamp duty on ETFs (but it will be paid for indirectly on the investments within the fund).

I am an income investor and have used ITs for many years. A big reason for choosing trusts over funds was the typical lower charges - around 0.5% less - due to the fact they did not pay commission to intermediaries. With the introduction of RDR, the charges should narrow.

TER can be as low as 0.4% on some trusts eg City of London and Bankers, but as with funds, there will be additional costs associated with transaction charges - portfolio turnover rate or ’churn’ is usually lower with trusts - typically 20% to 30% on average.

I have not come across soft commissions with investment trusts - that’s not to say it does not happen!

My best guess would be total charges between 1% and 1.5% - better than funds but not as good as low cost trackers. Whether fund managers can provide investors with added value for these extra charges is a huge subject for another day.

Potentially the cheapest way to invest for the long term buy-and-hold investor. The average cost on purchase via a low cost broker will be around £10 but can be as low as £1.50 via a regular investment option offered by some brokers - plus the usual 0.5% stamp duty. That’s it - no recurring annual fund/trust fees. For the long term buy-and-hold investor, this can be a very cost effective alternative. However you will need to hold a diverse range of shares - at least 15 or 20 - to be adequately diversified so the initial purchase costs and stamp duty will be a factor.

So, beware of charges when selecting your investments and invest for the long term - in the next instalment covering my basics of investing I will look at the importance of reinvesting dividends.

Finally, who said "A low-cost index tracker is going to beat a majority of the amateur-managed money or professionally managed money" ? …answers on a postcard, or in the comments box below!
Posted by diy investor (UK) at 09:10