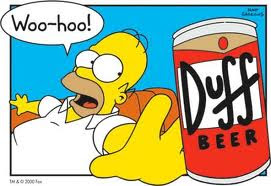 The dramatic effects of this outperformance of Sue's fund are entirely due to the magic of compounding returns over a longer period - with a pension or investment, it will be the compounding of reinvested dividends - with cash savings, it is the effect of compounding interest on previous years interest.

So, whether you are saving in a pension or a stocks and shares isa or a cash isa, the principle is the same - the sooner you can start saving, the more time your money will have to compound and grow.

Albert Einstein described compound interest as "the greatest mathematical discovery of all time". For Homer Simpson, the greatest discovery would be "Beer, the cause of, and solution to, all of life's problems".

There are basically just two elements to compound returns -

As you can see, seemingly small differences of 2% or 3% per year on the rate of return on savings or investments can make a huge difference to the final outcome. Equally, if you can save 1% or 2% on costs and charges in relation to investments, this will have the same effect.

So How Much Should I Save?

I have used the figure of £50 per month as an example but obviously each person will have different levels of income and expenditure - the harder you save and the earlier you start, the better the outcome. For equity income investors, assuming you do not require income to live off, it will definitely pay to reinvest the dividends. This extra recycling of the 3% or 4% will have the effect of turbo-charging your portfolio returns.

To play around with some figures of your own, I have used the calculator tools on the Candid Money website  here

So, in this mini series looking at my basics of investing, I have covered the importance of thinking long term, avoiding high charges, the role of dividends and now the effect of compound returns. In the next instalment I will take a look at understanding the volatility of the stockmarket.
Posted by diy investor (UK) at 08:39