I was out with my usual walking group yesterday and the conversation turned to the most beautiful places in the world. Some said China, others the Lake District, one suggested the Norwegian Fjords.

For me it would be hard to beat the English countryside in Spring. In the bluebell woods, alongside the stream were ribbons of celandine intermixed with wood anemone - their petals turned upwards to face the morning sun. Further along, this gave way to a carpet of wild garlic - lovely peppery leaves in a mixed green salad! Also, on a south facing sunny bank, the first bluebells were just starting to show.

Nestling on the banks of the canal were common dandelion, daisy and nettle - also the odd primrose - a little late for the time of year. On the water were mallard, moorhen, swans and tufted ducks with their distinctive black & white plumage.

We saw/heard many wild birds - nuthatch, blackbirds, buzzard, swallows (just arrived), lesser spotted woodpeckers rattling a distant oak tree, chaffinch and blue tits - to name a few of the ones I know. 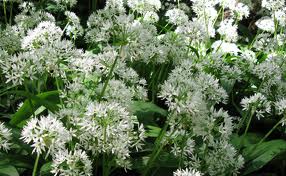 I know this is a finance blog, but for me, without all of these things, life would be all the poorer - riches come in many forms!