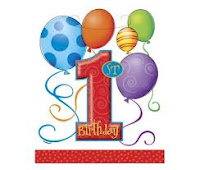 An article on RIT earlier this week on pension income drawdown rates prompted me to review the performance of my sipp drawdown which is just approaching its first anniversary having converted my SIPP into income drawdown in June last year.

During the early part of last year I started to sell some of my shares - N.Brown, Dialight, Shell Oil, BSkyB, Reckitt, Lamprell and Vodafone - to build the cash fund for the 25% tax-free lump sum. The intention was to repurchase these shares with the lump sum in my ISA (so far only BSkyB, Dialight  and Reckitt have been repurchased).

I subsequently sold the remaining shares and replaced them with a few more investment trusts - Invesco Income, Aberdeen Asian and Murray Income. Given the predictability of income from investment trusts, these would be an ideal vehicle to generate the income I would need for drawdown.

Including income, the total return for the 12 months is over 20% which is obviously pleasing. The market generally has performed well over this period - at the start, the FTSE 100 was 5,570.

I plan to maintain a rough split of 60% equities to generate a rising income which should keep pace with inflation. In this regard, the drawdown sipp is an index-linked annuity substitute.

The starting drawdown amount was limited under the GAD rules to just under 5% of the initial capital amount of £62,000 - i.e. £3,080. My plan was to withdraw less than the max. to start off and gradually build up a reserve. Once the reserve reaches 6 months equivalent drawdown, which may take another couple of years, I will then be looking to increase the drawdown to take out the maximum allowed under the rules. I would not however withdraw at a level which was unsustainable over the long term - I imagine around 5% p.a. should work.

Fortunately the GAD rules have recently been relaxed to allow the drawdown limit increase from 100% to 120% so this will provide some flexibility..

One obvious area to address is the overweight holding of Coventry BS PIBS. At some point this year the intention is to diversify into a wider range of higher yielding fixed interest securities.

Apart from this, I am happy with my first year of self-managing a drawdown sipp portfolio. I will make a note to update next June.
Posted by diy investor (UK) at 08:44