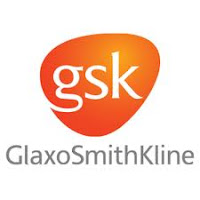 GlaxoSmithKline emerged in the year 2000 from a merger between Glaxo Wellcome and SmithKline Beecham.

The share price has seen a good run over the past 6 months rising just over 25% from 1335p to 1675p. In addition there have been two quarterly dividends totalling 40p…and they say elephants don’t gallop.

However, in the past week the run has been stalled following an admission of corrupt practice by some of its executives in China. CEO, Andrew Witty said he had no personal knowledge of the allegations - "Clearly, we are likely to see some impact to our performance in China as a result of the current investigation, but it is too early to quantify the extent of this,” he told reporters on Wednesday, according to Reuters. China is obviously an important market and this quarter sales there increased 14% to £212m

The company have previously announced plans to divest the nutritional drinks brands, Lucozade and Ribena, and say they remain on track and expect to reach an agreement by the end of the year.

They are committed to using free cash flow to support increasing dividends, share repurchases or, where returns are more attractive, bolt-on acquisitions.

Hopefully the problems in China can be resolved fairly quickly.
Posted by diy investor (UK) at 15:45