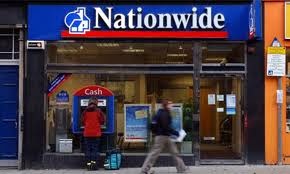 In late 2008 when deposit account interest rates started to decline from the heady heights of 6%, I started to look around for alternative ways to generate income. I looked at some of the permanent interest bearing shares (PIBS) offered by the likes of the Coventry and Nationwide and liked what I saw and so bought some to add to my fixed interest portfolio.

The second one I selected was their 6% (NANW) - call date December 2016. The purchase price of both was significantly lower than their current prices and I have enjoyed a handy 8% average income.

Of course, to achieve a higher income, I have moved up the risk ladder - the higher income (as well as capital) is only as good as the institution issuing the security. PIBS holders rank behind all other lenders and depositors in the queue for repayment should the institution fail. They are also non-cumulative, so any unpaid coupons do not have to be made up later.

"We have continued to play a leading role in the financing of the housing market, consistent with our role as the UK's largest mutual building society: our gross mortgage lending is up 37% at £14.0 billion, a market share of 15.4%, and our net lending is up 75% at £5.6 billion. This represents our highest six month lending period for five years.

We have placed a particular emphasis on supporting first time buyers, helping 30,400 into a home of their own, representing support for more than one in five first time buyers. We have balanced our mortgage growth with an inflow of retail savings and we have increased our deposit balances by £5.4 billion, with a primary focus on rewarding customer loyalty".

I feel reassured with these results following all the problems this year with the other mutually owned bank - Co-operative (less said the better).