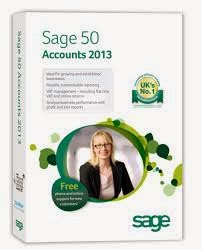 Plastics Capital (PLA) is a specialist plastics products manufacturer focused on proprietary products for niche markets. The Group has four factories in the UK, one in Thailand and sales offices in the USA, Japan, India and China.

The Company was established by Faisal Rahmatallah and Arun Nagwaney and was incorporated in December 2002.  Since then the company has grown mainly through acquisitions and was listed on the AIM market in London in December 2007.

Currently approximately 60 per cent of sales are exported to over 80 countries worldwide and production is concentrated in the UK where significant engineering know-how and automation underpins the Group's competitiveness.  The Group has approximately 300 employees within the four key operating subsidiaries: BNL in Knaresborough (North Yorkshire), C&T Matrix in Wellingborough (Northamptonshire), Palagan in Dunstable (Bedfordshire) and Bell Plastics in Poole (Dorset).

The defining characteristics of Plastics Capital’s businesses are:

C& T Matrix manufactures creasing matrix, a consumable product which is an integral part of the manufacture of cardboard boxes, cards, point of sale material and the like.  Creasing matrix enables folds to be made in cardboard and facilitates accurate high quality creasing prior to folding, enabling cardboard to be creased automatically and accurately by high speed box making and printing machines.

Commenting on these results, Faisal Rahmatallah, Executive Chairman, said: “I am pleased to report that growth in sales and in underlying profitability have both resumed. In the half year, demand from Europe has improved, new business has contributed to growth across the Group, additional sales and marketing investment has continued and new capacity has been added for both industrial films and machined bearings. We have also recently announced the acquisition of Shengli, the leading Chinese producer of creasing matrix, which is a major step forward in this region. The Board expects the Group to trade in line with expectations for the rest of the year.”

This appears to be a well-run operation and PLA offers exciting opportunities for growth, particularly with its new base in Shanghai. I made an initial purchase today at 124p.

A couple of months back I decided to sell my holding in Dialight following a second warning on profits - here's the link.

Since the sale the share price has retreated nearly £3 and my alert was triggered last week when the price fell below 900p. Last month, Dialight issued an interim management statement saying that essentially expectations of underlying profit for 2013 were in line with the previous year.

I think there may well be further price weakness, however, I believe the long term prospects are positive and I have repurchased today at 880p which is the lowest the sp has traded over the past 12 months. Fingers crossed for some positive news on orders in the new year. 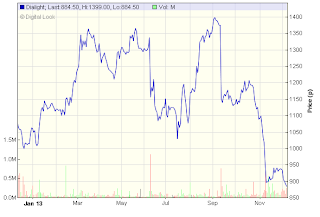