Further to my write up last July in relation to Sky's full years results, BSY have this week announced interim results for the 6m to 31st December 2013. 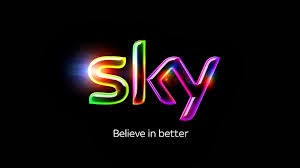 Despite the new competition from BT, the figures continue to impress with revenues up 7.6% to £3.75bn. However, profits slipped -8% and earnings -3.5% mainly due to a one-off step-up in Premier League costs and further investments to accelerate take-up and usage of connected TV services

The board have announced a 9% increase in the interim dividend from 11p to 12p. This will be the 10th consecutive year of increasing dividend.

CEO, Jeremy Darroch
"We had a very good first six months of the year as we reaped the benefits of our broader-based approach to growth. In a consumer environment that remains challenging, customers continued to choose to take Sky products in ever greater numbers in the run-up to Christmas, with Q2 growth up by over 40% on last year. In the last 12 months, we have added 3.8 million paid-for subscription products, the fastest rate of annual growth in three years."

"Customer demand in Q2 was strong across the board with good growth in all products. In a good quarter for TV growth, HD passed the milestone of 5 million customers, boosted by the success of our autumn advertising campaign with Joanna Lumley. Home communications also did well as customers continued to respond to the market-leading quality and value that Sky offers. Total sales of home communications products increased 4% year on year in the first half."

Sky have expanded their partnership with HBO which will see the two companies work together to co-produce major new cinematic drama series while Sky Atlantic remains the exclusive home of HBO programmes until 2020. In addition, a recently-announced landmark new deal with ITV means customers will be able to enjoy ITV on multiple devices, both at home and on the go

The results were well received by the market and the share price increased 3% - current price is 862p.
More on this following the full year results in July but for now, very happy to continue holding.