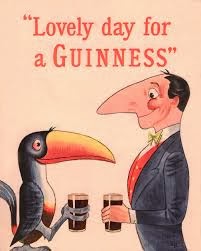 Diageo is the worlds largest producer and distributor of beers, wines and spirits. It is truly a global company, operating in 180 countries, with a whole barrel of famous brands, including :

They have recently announced interim results for the 6m to 31st December 2013. Sales were slightly down on the same point last year at £5.9bn however profits were up 3% at just over £2bn.

Beijing’s anti-extravagance measures triggered a 66% decline in net sales at ShuiJingFang, the Chinese white spirits company in which Diageo holds a 40% stake. Beer sales also took a dive in Nigeria, as drinkers, under pressure from high inflation, opted for cheaper lagers over Guinness and Diageo’s Harp brand.

Earnings before exceptional items, increased 4% to 62.6p. The board have sufficient confidence in future earnings to increase the interim dividend by 9% to 19.7p. If the final dividend is increased by a similar amount, it will make a total of 51.4p for the full year which would put the shares on a forward yield of around 2.9% at the current price.

Commenting on his first 6m at the helm, new CEO Ivan Menezes said,

"We have continued to demonstrate the strength of our broad portfolio and diverse global business in a period which saw a more challenging emerging market environment. Sustained performance in the US and improved performance in Western Europe enabled Diageo to absorb the current challenges in some of our emerging markets. We reacted quickly to the changing emerging market environment, reducing inventory levels in several key markets, which led to a weaker Q2, and tightly managing our cost base to deliver improved operating margins in line with our expectations. We continued to invest in the business increasing marketing spend ahead of net sales growth and keeping our strong focus on innovation and route to consumer improvements.

We do expect some top line improvement in the second half and our focus across the business on the six key performance drivers means that even though some markets may remain challenging, this business is in good shape for the medium and long term and we remain committed to achieving our performance ambition."

Detailed plans will be developed to de-layer the organisation and deliver further operating efficiencies. The management are targeting savings of £200m a year by year ending 30 June 2017 and will fund future change programmes, investment in growth and improved margins.

The results were below analysts projections and the share price has lost around 5% - currently 1795p.

I am happy to continue holding and may be looking at a top up should there be significant further sp weakness over the coming months. Having said that, it is the top holding in my Finsbury investment trust as well as a popular holding in several more of my UK income trusts so just need to keep an eye on overall weighting.

As ever, slow and steady steps…