Budget 2014 - Changes to ISAs and Pensions 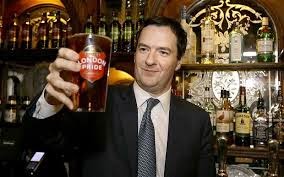 There’s usually not much for the average investor to get excited about in the annual pantomime called budget day. However, this year there have been a few surprises which will benefit savers and pensioners.

The Chancellor announced that he will be increasing the ISA allowance to £15,000 from 1 July 2014.

At present, savers can shield a maximum £11,520 away from the taxman (rising to £11,880 from 6th April). Half of this - £5,760 – can be held in a cash ISA, and the same amount in a stocks & shares isa. If no contribution is made to a cash isa, the full allowance can be put in a stocks and shares isa. These rules have created a great deal of confusion with the general public and building societies and other institutions have long campaigned for simplification.

George Osborne says the increase in the limit is a thank-you to savers that have made ‘sacrifices for economic security’ by putting up with rock-bottom interest rates. Of course, there’s no guarantee that these rates will be rising much higher for the foreseeable future so a cynical view might be that savers can now save even more at rock bottom rates!

Good news for pensioners - a New Pensioner Bond, paying "market-leading" rates, will become available via National Savings from January 2015 to the over-65s, with possible rates of 2.8% for one-year bond and 4% for three-year bond - up to £10,000 to be saved in each bond

Here, the Chancellor will be introducing some far-reaching changes.

Under current provisions, pensioners can elect to take up to 25% of their pension pot as a tax-free lump sum - if they wanted to take more than this it is taxed at 55% so most people will either purchase an annuity or go down the income drawdown route.

This will all change and pension savers in defined contribution schemes (but not final salary) will be able to take their entire pension as cash from the age of 55 as of April 2015 after George Osborne lifted restrictions on pots and declared: 'Nobody will have to buy an annuity'. They will still get 25% tax free but the remainder will only be taxed at their current tax rate - usually 20%.

This significant shift in pension policy was dramatically revealed earlier today as the Chancellor said the 13m people with defined contribution pensions "should be trusted to make the right decisions with their retirement savings", in a move that will change the face of pensions forever and will come as a blow to insurance firms. The share price of the likes of L&G and Aviva have seen a sharp decline in afternoon trading.

People can still opt for the certainty of income provided by annuities, but to help them make this decision the Government has said that everyone approaching retirement will be able to access impartial, face-to-face advice about the options presented to them. This will go some way to solving the decades-old problem of people defaulting into inappropriate products sold to them by their pension provider.

George Osborne said: "We will legislate to remove all remaining tax restrictions on how pensioners have access to their pension pots. Pensioners will have complete freedom to draw down as much or as little of their pension pot as they want, anytime they want. No caps. No drawdown limits. Let me be clear. No one will have to buy an annuity."

Ahead of next year's changes, there is also good news for those with small pension pots, as those with up to 3 small pots worth less than £10,000 will from next month be able to take them as lump sums - of which 25% will be tax-free. Currently this is only available to those with a max of 2 pots worth under £2,000. This follows a Financial Conduct Authority review which found that people cashing in small pension pots, particularly those worth less than £5,000, were losing out when compared to the cashing in of larger pots, as they have less choice and get worse value for money in the products they buy.

Next month will also see the loosening of restrictions on income drawdown plans, with the annual cap on how much can be withdrawn rising from 120% to 150% of GAD rates. The rates have only recently returned from 100% to 120% so this further increase to the limit will mean the amount of income that can be taken by  pensioners will increase significantly. Of course, whether it would be wise to take more income from the pot just because it is possible to do so is the real issue here.

The changes will be fully retrospective so anyone who is currently in drawdown can benefit from the change.

What's more, people who want to use one of their pension pots to dip into when they like through a 'flexible drawdown' product will only have to demonstrate they have just £12,000 of other guaranteed income (e.g.  state pension and other pension income), rather than the £20,000 currently.

There was less good news for younger savers as the age at which a person can take their private pension will rise from 55 to 57 in 2028. The Budget also says that this will rise in line with the state pension age thereafter, suggesting it will increase to 58 in the mid-2030s and 59 in the mid-2040s.

As usual with these changes, the devil is usually in the detail and the above is just a snapshot of the main headlines.

The above changes will be positive for me and provide much more flexibility. Feel free to leave a comment if the budget has affected your finances or future planning. So, I'm off to the pub to celebrate and enjoy the 1p off my pint!