Carillion was formed in 1999 from a merger of Tarmac Group (Tarmac Construction, Wimpey, Cubitts and Mitchell Construction).

It has since developed into a multi-operational business operating mainly in construction and support services. It provides expertise in commercial and industrial building, refurbishment, civil engineering, road and rail construction and maintenance, mechanical and electrical services, facilities management and PFI solutions.

The Company employs around 40,000 people and operates across the UK, in the Middle East and Canada. 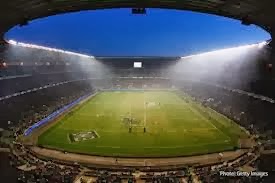 Although its roots are based in the UK, an increasingly significant profit driver for the future is likely to be its activity in the Middle East and Canada.  Medium-term objectives for Carillion remain the same. It sees substantial organic growth in UK support services and it plans to double international revenues over the next three to five years.

Carillion’s full year results for 2013 were issued last week. I was not particularly impressed - revenues down 7% to £4.1bn (following a 13% decline the previous year from £5.1bn), profits and earnings down 33% reflecting a rescaling of the UK operations combined with a £43m charge for restructuring energy services.

Clln’s share price has seen quite a surge in recent months - up from around 290p in December last year to currently 365p - a rise of over 25%.

"In 2013, Carillion has continued to respond decisively to challenging market conditions, including completing the rescaling of its UK construction activities and the restructuring of its energy services business, which are now aligned in size to their respective markets, while continuing to develop and strengthen its positions in new and existing markets that offer good opportunities for growth.  Overall, we expect market conditions to remain challenging in 2014, but with a strong order book, good revenue visibility and substantial pipeline of contract opportunities the Group is now well positioned for the future."

My two main concerns at the half year point last July were outlined in my previous post ‘a rising debt of around £270m (£156m end 2012) and a significant pension deficit.’  Debt has fallen considerably to £215.2m but still a little on the high side for my liking taking into account declining earnings in recent years. The Company's pension deficit contributions have increased 30% - £9m to £39.2m.

Carillion was added to my income portfolio 2 years ago however I am not entirely convinced that this will become a long term hold for me and would be tempted to take profits and cash in should more solid opportunities appear - on a yellow card for the time being!