One of my long held investment trusts, Murray International (MYI) has today reported for the full year to 31 December 2013 (link via Investegate). It was fairly clear at the half way mark that 2013 would not be a good year - and so it is little surprise that the trust has returned just 4.6% compared to 21.2% for its benchmark index.

High exposure to unloved areas such as Latin American and Asia and low exposure to the top-performing markets of the US and Japan hurt relative returns over the year. Asset allocation shaved 11.9% from the relative return, while stock selection accounted for a further 3.9% of the underperformance.

Due to underperformance against the Company's benchmark during the year, a claw-back of previously earned but unpaid performance fees of £5.3m was triggered under the terms of the performance fee agreement. As a result, the ongoing charges for the year have fallen to just 0.33%. 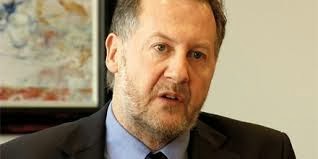 Manager, Bruce Stout has done an excellent job since taking over the reins ten years ago. The trust has become one of the most consistent global income trusts under his stewardship. Prior to 2013, it outperformed its benchmark in each of the previous 11 consecutive years. According to figures from the Association of Investment Companies, £1,000 invested over the past 10 years would have produced a total return of £5,700. Dividend growth over the past 5 years is 11.5% p.a.

Despite this years blip, Stout has vowed to stick to his defensive approach. ‘Severely stretched valuations reflect belief that the developed world can successfully wean itself off its chronic dependency on printing money without threatening fragile economic recoveries: that savers continue subsidising the profligacy of governments and irresponsible bank-bailouts; that deflationary pressures abate enabling corporate profit margins to breathe again; and that earnings will be delivered in sufficient quantity to satisfy high expectations currently baked-in to equity prices.’

He concluded: ‘If the challenge 12 months ago was how to preserve capital in an environment of rising bond yields, the focus is now compounded by how to protect capital when earnings expectations remain too high. Protecting margins becomes of prime importance, so the portfolio will remain focused on those companies deemed well positioned to achieve this.’

Additions to the portfolio over the past year have been global commodities play BHP Billiton, US communications giant Verizon and global healthcare specialists Baxter International. In S America, Vale and Petrobras were added

MYI has been one of the cornerstones of my income portfolio for several years and I am happy to continue with Stout and his team - I am confident the process and portfolio put together in recent years will bear fruit in the future and that this years underperformance is likely a one-off. I took the opportunity to increase my ISA holding in recent weeks following a dip in the share price below £9.50.