This FTSE 100 retailer was added to my portfolio last October. 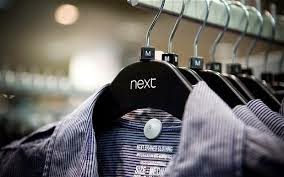 Today NEXT trades from more than 500 stores in the UK and Eire and almost 200 stores in more than 30 countries overseas. Online shopping was introduced in 1999 and the entire book became available to shop from on the internet, page by page – another first in home shopping in the UK. NEXT Directory now also serves customers in around 60 countries outside the UK.

"This new guidance might look conservative in the light of the first quarter's performance, however, we always expected the first quarter to show above average sales growth as the comparative period last year suffered from a particularly cold spring and Easter holiday period" the company said.

A further special dividend of 50p has been announced, making £1.50 for the year so far. This will be paid 1st August at the same time as the final dividend of 93p.

CEO, Lord Wolfson has decided to share his bonus with staff who have worked for the retailer for three years. It will give around 20,000 staff roughly 1.5% of salary in their May pay packet. Such news is uncharacteristic of the executive bonus climate today and has eclipsed another excellent set of data from the retailer.

I am happy with progress so far and decided to add to my initial holding earlier in the month.

At the time of posting, the share price was down 0.8% at £64.30. More on this following the half year results at end July.

Lets be honest, Tesco has not had a good year!

At the time of last years results, the share price was 375p - it has since fallen back over 20% and the city vultures are closing in on CEO Phil Clarke.

So, what’s the reason for this decline and what‘s a small investor supposed to do?

Well for a start, they were unable to make a profit from many of their overseas expansions. In the US, after significant losses in previous years, they decided last April to cut their losses which wiped £1.2bn from last years profit for the group.

Secondly, they seem to have run into difficulties with their operation in China and have subsequently entered into a joint venture with China Resources. The venture into Japan has likewise been abandoned. Last month they launched a joint venture with Trent Hypermarket, a unit of Tata Group, to establish 12 Star Bazarr and Star Daily supermarkets in India.

This realigned strategy for their overseas operations incorporating greater support from local experts under local banners, and with less capital input, may prove to be more profitable in the longer term and probably has a better chance of success than the go-it-alone model.

Whilst they were busy getting into difficulties overseas, they took their eye off the ball in respect of their most profitable segment - the UK operation, and have lost market share to the likes of Sainsbury and more recently, the discounters like Aldi and Lidl. Inevitably margins, revenues and profits have declined and the board have felt unable to lift the dividend for the past two years.

The past two years has been spent trying to get the UK operation back on track. The company have just issued their full year results (link via Investegate). I was particularly looking for positive reassurance that the UK operation is making progress as it accounts for over 60% of Tesco group revenues, and in particular, food sales which account for around 90% of the UK total.

Unfortunately there was not much progress - UK  profits were down 3.6% at £2.2bn - these fell 3% in the fourth quarter, its worst drop in Phil Clarke's short tenure. It compares with a market-wide decline of 2.6%. On a more positive note, online sales increased by 11% and the smaller Tesco Express sales were up (LFL) 1.1%. The company said "Our performance in the year was not where we had planned it to be".

They announced a write-down charge of £800m mainly relating to a revised valuation of European assets.

Earlier this month their finance director Laurie McIlwee stepped down following rumours of a rift with the CEO over strategy.

Overseas, group trading profit fell 5.6% in Asia and 28% in Europe, where trading has slumped in Ireland, Czech Republic, Hungary, Poland, Slovakia and Turkey. The group has taken big write downs totalling £734 million and a charge of £540 million charge related to its exit from China.

One of the aspects I look for in results is the ratio of cash from operations less capital expenditure. The sum of this figure is divided by the total dividends paid for the year. I like a ratio over 1.0 and preferably over 2.0. The higher the ratio, the more secure I feel that the company can maintain a growing dividend.

This is an area where Tesco is struggling - at the time of last years results the ratio had fallen to just 0.2x however, I am pleased to note the board are keeping a close eye on this and this year it has risen to 0.6x  - still some way to go yet but a positive direction. Net debt was flat year-on-year at £6.6bn.

Another positive is the full year dividend has again been maintained at 14.76p per share, covered 2.1x by earnings and provides a yield of around 5% at the current price.

Last year CEO, Phil Clarke put in place a strategy to turn around the company’s fortunes - I feel patience will need to be the order of the moment and suspect its going to take some time before shareholders see any significant benefits. I said at the start of the year that I would try to exercise more patience and avoid tinkering with the shares portfolio and as I can see some positive signs of a turn around, I will continue to hold in the hope that a stronger recovery can take hold.

The results were probably a little better than expected by the market and at the time of posting the shares are up 2.5% at 294p.
Posted by diy investor (UK) at 16:18 2 comments: 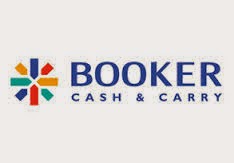 Booker Group is the UK’s leading food wholesaler, offering branded and private-label goods which are sold to over half a million customers including independent convenience stores, grocers, leisure outlets, pubs and restaurants. They employ around 10,000 people.

Booker Direct is the Group’s delivered wholesale business which serves national accounts UK-wide. It has already established itself as the UK's largest food supplier to the cinema sector with customers including VUE and Odeon. Other accounts include HM Prisons in England & Wales (in partnership with DHL), Marks & Spencer and the NAAFI, as well as the more recent additions of SSP, HMV, and WH Smith Travel Ltd.

In 2009, the Company expanded its operation to India and now has over 12,000 customers

Booker have recently issued an interim management statement for the past quarter to March 2014 and also including figures for the full year.

The Group had around £150m net cash at the end of the year, compared to £77m a year ago.  Profits for the 52 weeks to 28 March 2014 remain in line with expectations. I am hoping there will be an announcement at the time of the final results regarding a promise to return some of this excess cash to shareholders by way of a special dividend.

"This was a good quarter with non tobacco like-for-likes up 3.4%.  Our plans for bringing Booker and Makro together are on track.  In this last quarter we achieved our best ever customer satisfaction scores in Booker and Makro as we continue to improve the choice, prices and service to catering, retailing and small business customers in the UK."

The Company has been on my watch list for just 12 months, when the price was around the 120p mark. The share price has fallen back from a high point of 175p in March and I have today taken the opportunity to purchase my usual ‘half’ @ 147p. I have pencilled in a figure of 3.5p per share dividend (excluding any special) for the coming year which puts the forward yield at 2.4%.

A Few Changes to the Blog Layout 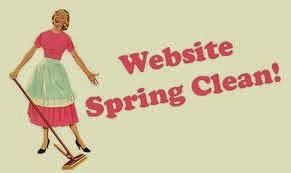 As some of you may have noticed, the layout of the blog has undergone a few changes over the past week.

As I was updating my ebooks following the changes to pensions and ISAs announced in the recent budget, I decided to add new front covers. I think they are a big improvement on the old ones and have decided to add a bit of colour to the side bar and give the books more prominence.

At the same time, I removed the 'about' section from the side bar as this is more fully covered in its own page/tab under the main heading.

I have also removed the 'contact' page/tab from the top and have used the google plug-in below the ebooks.

I quite like seeing numbers on a couple of other blogs I visit regularly and have inserted a pageview monthly chart/count.

Finally, if you would like to be notified by email as and when new articles are posted, you will see there is now a 'follow by email' box near the top of the side bar.

Let me know if there are other additions you would like to see - the only other thing I am considering is the addition of larger 'share buttons' for Twitter/Facebook etc.