Some readers may recall the advice of Charlie Munger to Warren Buffett to buy great companies at reasonable prices rather than trying to grab middling companies for a song.

If you can buy and hold  those rare firms that combines managerial excellence, a clear strategy, financial success, and a strong balance sheet, then you can enjoy excellent progress over the years without having to worry too much about the inevitable rollercoaster of the share prices.

I believe house builder Berkeley falls into this category and it has been on my watch list for some time. The company is led by astute chair Tony Pidgley who is well respected in the sector. 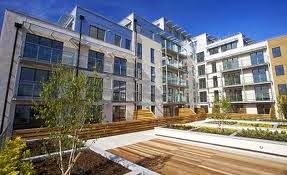 The company is focussed on developments in London and the south east. Seeing how the wind was blowing back in 2004, Pidgley moved Berkeley out of volume housebuilding and into more specialised urban regeneration projects. Berkeley has possibly benefited more than most from the sudden resurgence in the high-end SE housing market in recent years.

In its half-year results last December the company reported strong progress in all areas including a 19% increase in profits and 22% uplift in earnings to 100p per share. They said "The long-term challenge for the country is to deal with the significant housing shortfall which continues to grow. Over the last five years Berkeley has doubled the size of its business, investing over £1.5bn into land and over £2.5bn into build, sustaining 16,000 direct and indirect jobs each year and building over 15,000 homes of every tenure in vibrant new places". In the current year it anticipates completing some 30% more homes than at the peak of the market in 2007.

Of particular interest for the investor seeking income - the company have a 10 year plan to return £1.7bn to shareholders - the first milestone is to return £568m by September 2015. So far, they have paid 164p per share including the interim dividend of 90p in January 2014, which leaves a further 270p to be paid over the next 18 months or so.

The second milestone will be the payment of a further £568m to shareholders via dividends of around 145p per annum over the 3 years to September 2018.

In its latest trading update to end February, the Company reported strong sales and  "reiterates its previous guidance that full year earnings are likely to be towards the top of the range of analysts' current expectations".

In recent weeks, the share price has retreated from a high point of around £27.50 in March - yesterday I made an initial purchase @ 2415p - P/E is around 12 and yield should be 7% per annum or so for the next few years.

More on this following the final results due next month.