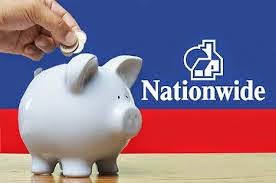 Nationwide is the UKs largest mutual building society and Britain‘s 3rd biggest mortgage lender. I hold a couple of PIBS with the Nationwide and therefore keep an eye open for their results - the previous post related to their half year results last November.

The PIBS (permanent interest bearing shares) I hold are their 7.971% (NABA) which is due to be called (redeemed) in March 2015. If this is not called, the reset rate is prevailing gilt rate + 4.45%. The second one I selected was their 6% (NANW) - call date December 2016. The price of both has continued to increase over the past year.

The current yield is around 7.6% & 5.6% respectively - however, the yield is only as good as the institution issuing the security. PIBS holders rank behind all other lenders and depositors in the queue for repayment should the institution fail. PIBS are also non-cumulative, so any unpaid interest/coupons do not have to be made up later.

The Society has this week issued results for the 12 months to end April 2014 (link via Investegate). The numbers look very impressive with income up 16% to £2.9bn, underlying profits up 113% at £924m and core tier 1 ratio up from 12.3% to 14.5%  reflecting increased capital and reduction in risk weighted assets.

"Our savings products have been competitive throughout the year and, as a result, we have increased our member deposit balances by £4.9 billion, a market share of 12.1%. We have sought to reward our existing members by offering our Loyalty Saver account, which now has balances of £17.1 billion and delivered value to our members of around £130 million during the year.

Over the past year there has been significant debate around the standards and reputation of the financial services sector. I am therefore delighted that we have been recognised as the strongest financial brand in the UK across a number of metrics. We have been voted the most reputable bank or building society; the best bank or building society to work for; first for customer satisfaction, trust and fairness in financial services and one of the top ten most 'Human Brands' in the UK.

In the recent Budget the Chancellor made substantial revisions to ISAs and announced proposals for National Savings and Investments (NS&I) to issue pensioner bonds in 2015. We believe that the changes to ISAs will result in more savings into cash ISAs, but that we may see some deposit outflows to NS&I if rates on the pension bonds are above the normal market range and we are therefore unable to compete.
Our business performance is strong, and we believe it will improve further over the coming year, with a further increase in margins and a continued growth in our banking products. The future is not without challenges; the whole industry needs to evolve its approach to delivering compliant solutions in a fast moving digital world, and the demand for further increases in capital requirements cannot be ruled out. However, we are very confident that we are in an excellent position to deliver more value to more members in the coming years, sharing the benefits of mutuality more widely and presenting the only truly national alternative to the established banks".

Given the problems with the Co-operative over the past year, its reassuring to see some encouraging results from the Nationwide and I am happy to continue holding their PIBS.
Posted by diy investor (UK) at 10:38