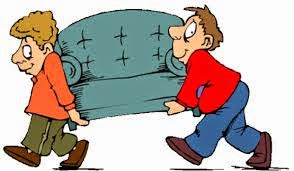 The house move was completed at the end of July and the new phone line and broadband connection has just gone ‘live’ so I can slowly get back to my familiar routines and, of course, regular blog updates.

I last updated on my investment trust income portfolio at the end of 2013 (here's the link). The previous post was 12 months back so perhaps now is a good time to update as the markets appear to be fairly quiet.

Just to recap, in June 2012, I moved my sipp into income drawdown as I felt I could generate a better income over the long term than taking an annuity. Investment trusts now generate a large percentage of my drawdown income and also a large percentage of the income in my stocks & shares ISA. The main objective is to generate an income which will hopefully rise each year to keep pace with inflation - a sort of index-linked annuity substitute.

Although this is demonstration income portfolio, it largely mirrors my own holdings. However, whilst I withdraw most of the income from my trusts for living expenses, with this demonstration portfolio I will reinvest the income at the end of each year either into an addition investment trust - as with Invesco Income Growth this past year - or recycle the income generated into one of the existing holdings.

Since the start of this project in January 2013, the only portfolio disposal was the sale of Blackrock N. American Trust last October. The proceeds of £2,155 were recycled into a top-up of Edinburgh - an additional 375 shares @ 569p. I really do not anticipate making too many changes to the portfolio.

The stand out performance so far continues to be Aberforth Smaller Companies with a total return of 65% although many others have returned well over 20% on a total return basis.


As I said earlier, my benchmark against which I will measure performance will be the Vanguard High Income tracker. The performance over the past year has been fairly flat and the total return, including income is 3.1%. The portfolio has returned 5.7% over the same period which demonstrates that the actively managed investment trusts have out-performed the passive low cost tracker. Of course, 20 months is not very long in investing terms so it will be interesting to see how the two compare over the longer periods.

I am obviously happy with the portfolio performance so far and will be thinking of a home for this years accumulated dividends as the year draws to a close. Please feel free to nominate your suggestions.

As I absolutely depend on the income from my investments to pay the bills and put food on the table, the objective of the income portfolio is to produce a dependable and rising income. Capital appreciation is always welcome but will largely follow the ups and downs of the general stock market.
Posted by diy investor (UK) at 22:28