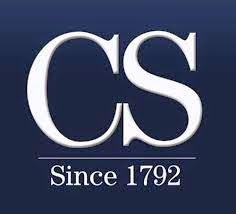 Charles Stanley  is one of the UK's leading independently owned, full service stockbroking and investment management groups. It is one of the oldest firms on the London Stock Exchange with its origins in a banking partnership established in Sheffield in 1792. Over the past two centuries, it has grown both organically and via acquisitions and developed into the modern day stockbroker firm offering a wide range of services to both individual investors and corporate clients.

Charles Stanley were the first stockbroking firm to own its own website and this has transformed into the low cost DIY platform, Charles Stanley Direct service, launched in 2013. The firm's financial planning capability has continued to expand nationally; and the group has grown into a significant provider of SIPPs. They now employ over 1,000 people equally divided between London and the regions.

In December 2013 they purchased a fund management group, Evercore Pan Asset Capital Management Limited, for a partly deferred payment of up to £2 million. Pan manages in excess of £500 million on behalf of pension funds, charities, and corporate and private clients. It specialises in providing passive investment management within market sectors which it actively selects, and this brings a new dimension to the groups investment management expertise and to the range of investment opportunities available to their existing client base.

The group have incurred significant additional costs over the past year as a result of RDR compliance requirements, upgrading systems to provide an improved service to clients and combined with the roll-out of the diy platform, Charles Stanley Direct (CSD).

The company issued a trading statement earlier this week warning that profits are likely to be below previous expectations. This had a knock on effect to the share price which has been on the slide for much of the year. That said, client funds have increased to £20.5bn over the past 5 months and CSD has increased assets by 18% to £0.9bn.

This share has been on my watch list for over two years so this is no impulse decision. Just 9 months back the share price had reached over 500p - the current dip to around the 300p mark has provided an opportunity to pick up my usual ‘half’. The company have a most impressive dividend record and the current yield is 4.0%. I am fairly confident the board will be able to maintain the current level and that the forecast dip in profits will prove to be a short term issue - but of course, no guarantees!

One of the considerations for my purchase (and also Hargreaves Lansdown recently) was the potential to tap into what I believe will be a growth area in the coming years - that is the self-directed diy investor.  The roll-out of RDR has no doubt made the provision of financial advice and personal investment services more costly to deliver. This increasing cost will make advice-led service unaffordable and/or inappropriate for clients of more modest means with smaller portfolios.

Since the launch last year, CSD has secured over 16,000 clients and an increase of 27% in funds and investments held as at March 2014.

CSD offer the usual dealing a/c, ISA & Junior ISAs and SIPPs. Charges are very competitive and particularly attractive for the modest portfolio holding of under £50,000 as the charges are based on a percentage of the holding - 0.25%. This compares favourably with the likes of Hargreaves Lansdown 0.45% and Fidelity 0.35%.

Therefore with, for example, a range of low cost trackers, the total costs of running a well diversified £25,000 portfolio could be done for well under £100 p.a. Obviously with larger portfolios, the percentage model is not so attractive.

Of course, following an effective warning on the current years profitability, the share price may see further weakness and I will await the interim results and probably the full year results next year before considering adding to my holding. I do however feel reasonably optimistic on the longer term prospects for this small cap.

I would be interested to hear what others think about CSD, particularly if you hold an account with them.
Posted by diy investor (UK) at 12:26