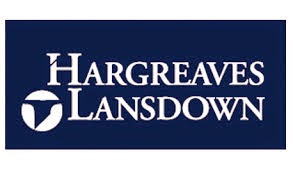 HL was added to my portfolio in July - the main thing I have noticed is the volatility of the share price. Shortly after the purchase, the price fell to under £10 followed by a rapid surge over the next couple of weeks to £11.70 then a one day drop of 5% to £11.17. Following todays results announcement the share price is down around 4% at £10.90 - talk about rollercoasters!

Founded in 1981, they have grown rapidly and currently have over 600,000 clients and employ around 800 staff. In total Hargreaves Lansdown has almost £47 bn of assets under administration or management on behalf of private investors. HL is the largest direct investment company in the UK, with 32% of the market.

The company issued a very positive trading update at the 9 month mark in April, which was the prompt for me to purchase the shares in July, so today’s preliminary full year results are very much as expected (link via Investegate).

In the short term the company has seen a reduction in annuity business of around 50%, but said this has been counteracted by a substantial shift to drawdown arrangements, with new assets into pensions drawdown arrangements up 35% on the year before. The company plans to launch a new flexible drawdown plan to exploit the reforms which take effect next April.

HL profits appear to have (so far) withstood the effects of the new pricing regime introduced in March. No figures were given for the last quarter but it appears they continued to build on the 3rd quarter which seems to suggest the defections so far has been fairly limited. The figures were boosted by the Royal Mail floatation  where around 118,000 people, approximately 18.5% of the UK public who invested in Royal Mail shares, did so through Hargreaves Lansdown. It appears to have absorbed the regulatory changes of the Retail Distribution Review (RDR) and reported a 93.3% client retention ratio.

The Group is soundly financed with a strong balance sheet and no borrowings. This is an important strength which in addition to being attractive to clients provides both resilience and flexibility. Cash balances totalled £201.2m at the end of the year (2013 £177.7m).

I think share price volatility (high beta) will be an aspect of holding this share I will need to adjust to, however the overall direction is positive and I expect to see further developments over the coming 12 months.