Its less than a month since the last post relating to a cut in the interim dividend.

This week we have seen further bad news relating to an over-statement of profits to the tune of £250m and some irregularities in the accounting process. Some senior executives have been suspended pending the outcome of an investigation. This has knocked the share price below 200p and has brought forward the start date for the new finance director.

The half year results have been delayed until this mess can be investigated. How the mighty are fallen! I wonder what Jack Cohen would make of the current state of affairs.

Reading some of the media headlines this past few days, you might think Tesco was on the verge of a collapse. The reality is that they are still likely to deliver profits of around £2bn in the current year. Yes, their share of the market has fallen over the past couple of years but they are still by far the largest supermarket in the UK with a market share of around 28%.

Whilst most of the profits are made in the UK, lets also not forget that Tesco is a global player. It has operations in many countries in Europe, further afield, Thailand, S. Korea, and Malaysia as well as joint ventures in India and China. These markets offer massive growth potential for the future. Of course, there have been set-backs in USA and Japan and I believe they may well have learned a few good lessons.

The company has large property assets - I believe at the last valuation they were said to be worth around 220p per share, that’s more than the current price of the whole business!

Another plus is the appointment of new people at the very top. New CEO Dave Lewis has 30 years retail experience with Unilever and new finance director Alan Stewart who now starts 2 months earlier than planned, comes highly respected from M&S.

At the start of the year the share price was 334p. A month back, the price had fallen back to around 230p and I was undecided whether to sell out, stick or buy more - I decided to hold on and wait to see the announcement of the final dividend. At the same time, I placed an alert to be notified if the share price fell below 200p - at which point I thought a top up would be tempting. I never imagined it would happen so quickly however the alert was triggered yesterday.

There is some uncertainty on the future level of the dividend. We know the interim will likely be slashed by 75% to 1.16p. If the final dividend was cut by a similar amount this would make 3.69p for the year however I am hopeful the cut to the final will be less severe and the full year amount could be around 7.0p. Earning are forecast to be around 22.0p - a reduction of 30% on the previous year. 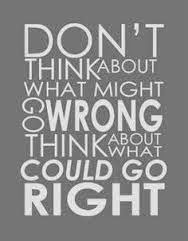 I believe the ship will be steadied and I am sure the fortunes can be turned around over the coming year or two. Although it may well be wise to await the outcome of the interim results - now due 23rd October, I have decided to throw caution to the wind and top up my holding. The holding is topped up at 193p.

I have also decided to double up on my holding with Sainsbury as the share price has been adversely affected by poor sentiment for the sector. The purchase price is 260p and yield over 6%.

As Oscar Wilde said “I can resist everything apart from temptation” - would someone pass me my tin hat….

All thoughts/views on the supermarket situation welcome...feel free to comment below. 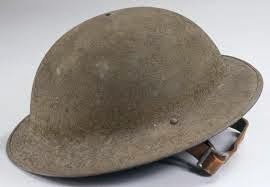