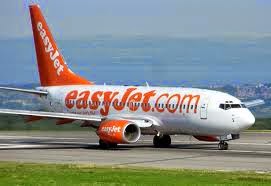 In a pre-close trading statement this morning, easyJet reported that profits for the second half have been revised up from between £545m and £570m to between £575m and £580m, after seeing around a 2% increase in revenue per seat and its unit fuel costs totalling around £2m in favourable terms compared to its previous expectations of an adverse £5m.

The group has also benefitted from the Air France pilots' strike in September, which is expected to increase EZJs revenue by around £5m.

Last month the company said it was also proposing to increase the proportion of its profits after tax paid in dividends from 33% to 40%.

CEO Carolyn McCall said: "easyJet has continued to execute its strategy, delivering another strong performance in the second half of the year. This has enabled easyJet to deliver record profits for the fourth year in a row.

We finished the year strongly. Our performance demonstrates our continued focus on cost and progress against all our strategic revenue priorities and further emphasises easyJet's structural advantage against both legacy and low-cost competition".

The budget airline anticipates that at current fuel and exchange rates, its unit fuel bill for the first six months of financial year 2015 is likely to decrease by around £20m compared to the half year ended 31 March 2014.

In addition, exchange rate movements are likely to have around a £10m favourable impact compared to the six month period.

The share price has seen quite a dip in recent months falling from a high point of £18 in April to below £12.50 in August. This mornings news has provided a boost and at the time of posting, the sp is up 6% at £14.55.

Last year the full year dividend was 33.5p plus a special dividend of 44.1p - I’m not sure whether they will repeat the special this year but have pencilled in a figure of 45p for the final which would give a fwd yield of 3.1%.

More on this following the final results on 18th November.
Posted by diy investor (UK) at 10:21