We are often advised to build a diversified portfolio - don’t put all your eggs in one basket. This means looking at asset allocation and spreading your investments between different classes of asset, market sectors and even differing continent around the world. 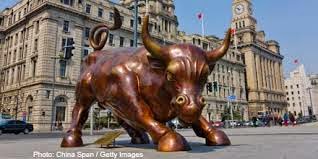 One reason for this advice is because of the cyclical nature of markets. Some of the time equities will do well, at other times bonds will be the place to invest. In 2001, a smart move would have been gold which over the next 10 years increased from $200 to $1,200. Whichever asset you look at, there is a pattern of movements up followed by the inevitable move down again. Over the longer terms, the average between the peaks and troughs for any asset class can be plotted or calculated and the movements towards this average is called mean reversion.

Whilst these cycles are easy to identify in retrospect, it is not easy for me or, I suspect, the average investor to correctly identify the turning point of these cycles.

The point of building a diverse portfolio is to try and reduce volatility. As one sector of the market is doing well, another will be going through a difficult time. Rebalancing your portfolio, say once per year, involves selling some of the assets which have done well and reinvesting the proceeds into the sectors which have underperformed.

The only sensible reason to do this is because of the investing principle known as reversion to mean. Whilst many forms of investments, including equities, can trade above or below their long term average - often for surprisingly lengthy periods - in the long term, they always move back in line with that average sooner or later.

A Measure of Long Term Average

Its all very well understanding the theory of mean reversion, but how can small investors apply the theory in practice to better manage their portfolio?

For me, it helps simply to understand that the shares in my portfolio that have a good run one year, may underperform the next year. With my investment trusts for example, Aberforth - a smaller companies specialist- had a stellar run in 2012/13 with a combined return of 100%. I know that this year or next, there will be a corresponding underperformance whilst another sector of the market has its day in the sun.

I like the contrarian approach of Alastair Mundy who manages one of my long-held investment trusts, Temple Bar. Much of investment management is premised on the view that there are excellent companies that consistently beat their peers and weak companies that consistently underperform.  Mundy takes the opposite view believing that most companies revert to their long term mean. He believes most companies are normal and that if he buys the assets cheaply enough, the share price will rise and return to its long term average. His track record is pretty impressive - the trust has returned an average (cagr) of 10.6% p.a. over the past 10 years compared to 7.8% for the benchmark FTSE All Share index.
Looking at the wider picture it is always a good idea to check out the cyclically adjusted PE10 ratio or CAPE from time to time. This measures the price/earnings ratio of an index such as FTSE 100 averaged out over a 10 yr period to iron out the anomalies that a shorter period may give. At the present time, UK equities appear to be around the p/e 12 level, that’s below their long term average of around 15 or 16 - hopefully at some point they will revert to this average or rise above as it did around the turn of the millennium.

Rather than try to recreate the illustrative charts, here are a couple of links to articles by UK Value Investor and also RIT.

Of course, mean reversion can never give a clear and/or specific guide to timing, as I said earlier, markets can and do move against the tide for lengthy periods - a little like the cartoon character running off the edge of the cliff. For the average small investor however, if you understood nothing more than the fact that the markets and the economy move in cycles you would be far ahead of the majority of investors. 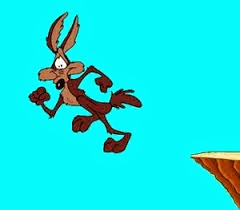