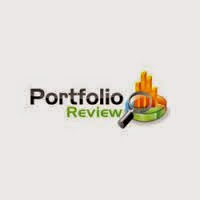 As I get older, the time seems to speed up - this past year has gone by in a flash! Puts me in mind of a song by the late Sandy Denny 'Where Does the Time Go'.

Across the evening sky all the birds are leaving
But how can they know it's time for them to go?
Before the winter fire, I will still be dreaming
I have no thought of time


The early part of the year was partly spent writing my latest ebook DIY Income which was self-published in May - sales are slowly starting to build.

The other main event of this year was my house move in July - it takes a little while but slowly settling into my new surroundings (I think!).

Of course, a big surprise was the changes to personal pensions announced by the Chancellor in his Spring budget. This has certainly shaken up the pension annuity industry and has resulted in a radical rethink of my own drawdown plans from next April. This is partly also the result of a doubling of my SIPP charges with AJ Bell Youinvest.

The Chancellor also announced a significant increase in the ISA limits to £15,000 from July.

Turning to my portfolios and following on from my half year review at the end of June, I have just completed a review - sipp drawdown and ISA - for the full year to the end of December.

As many readers of this blog will know, my portfolio is allocated between fixed interest (40%) and equities (60%), which in turn are divided between individual shares and  investment trusts.

My resolution for 2014 was to try to become a little more patient with existing share holdings. There have been only a couple of sales - specialist LED lighting company Dialight was disposed in January following a further warning on profits and in March, I decided to take profits on Carillion and recycled the proceeds into a repurchase of engineer IMI Group.

Once the house situation became clearer in the Summer, I increased further the number of shares in my ISA portfolio in the second half. I have added brokers Charles Stanley and Hargreaves Lansdown and also spreadbetting company IG Index. Finally, during the downturn for commodity shares in December, I topped up my holding in BHP Billiton.

As last year, the individual shares have been mixed, providing a total return of 3.4% over the 12 month period. The better performers have been Reckitt & Benckiser (again) up 14.9% including the recent spin-off of Indivior,  retailer Next +23.8%, accounts software specialist Sage Group +27.2%, insurer Legal & General +23.8% and tobacco company Imperial +27.3% (all figures include dividends paid). The returns have been held back by the well documented dire performance of my two supermarket shares. Tesco is down 40% and has slashed its interim dividend, Sainsbury has fared a little better and is down only 30%. I topped up my holding in both at the end of September - a tad prematurely as the share prices continued to fall in October. I am hoping this sector will see some modest recovery over the coming year. (If the supermarkets are excluded, the total return figure would increase to 6.6% - hey ho!!)

Others that have struggled to make much progress during the year are one-stop commodities play, BHP Billiton (again), small caps Nichols -22% and Plastic Capital down -10%, oil sevices group Amec Foster -17.5% and large cap pharma GlaxoSmithKline -10% which has been under a cloud for most of the year following the bribery scandal in China.

Whilst the capital values of the individual share prices will always swing around - some have been very volatile this past few months - it is reassuring to see the predictable dividends rolling in month after month. Total income received on the shares - the main purpose of holding equities - over the period is 3.6%. Collectively, dividends have increased by an average of 13.0% over the year - the highest increases have come from Next 23%, Legal & General 22%, AMEC 15%, BSkyB 18.1%, and Unilever 15.4%. The shares with the lowest increases were Centrica 4.0%, Billiton 4.3%, Sainsbury 3.6%, Reckitt 2.2% and finally Tesco which cut its interim dividend by -75.0%.

Unlike shares which have been volatile, the trusts have had a relatively steady if unexciting year - just the way I like it! Over the 12 month period, I have topped up my holdings in Murray International, City of London (x2 April and Sept) and Edinburgh. Also I  added Invesco Income Growth to my ISA in June.

The benchmark for my basket of investment trusts portfolio is Vanguard All World High Yield ETF (VHYL). Over the past year this has seen a total return of 7.8% including 3.7% income. I am impressed with both income and capital return in my first full year of holding the ETF.

The total return for my basket of trusts over the year was just ahead of the shares portfolio at 3.6%.

The better returns came from Asia focussed trusts - Aberdeen Asian Inc., Schroder Oriental and Henderson Far East with 7.9%, 12.6% and 8.5% respectively, Edinburgh up 11.6% and fixed income specialist New City High Yield 6.4%   The only trust that has struggled for me this past year is Dunedin Smaller Companies (-17%) mainly due to a widening of the discount to NAV.

Income yield from the trusts portfolio has been steady at 3.7%. Most trusts have continued to bolster income reserves this year and therefore the collective increase in dividends has been just 4.7%. The highest increases were Aberdeen Asian 10.5%, Murray International 9.4% and Aberforth 7.2%. The lowest increases came from Dunedin Income 0.9%, New City High Yield 2.2% and Dunedin Smaller Companies 3.0%

Total return for the 12 months was 10% including income of  6.5%. Once again - I think 3 years running, the best performing sector of my portfolio.

The best performance came from Skipton BS PIBS which provided a return of 18% and Lloyds Bank preference shares 17.4%.

As a whole, the portfolio has advanced 5.4% over the past  year including the payment of 4.5% income.

Just comparing my actual investment income received for 2013, I am pleased to see an increase of 12.2% for 2014. Some of this will, of course be due to the income from the new ISA contribution since last April. Bearing in mind that 40% of the portfolio is represented by PIBS and fixed income securities which provide no increase in income year-on-year, I am more than happy with this.

I am fairly happy with my efforts to curtail my trading this past year which was the main task I set for myself at this point last year.

Once again, the collective investment trusts have provided the better return compared to individual shares with less volatility - only 0.2% but this will be the 5th year that I have just fallen short of out-performing the professionals.

I will give a little more consideration to maybe increasing the balance between the two - possibly 70% or 75% collectives (currently 65%). I will also take a little more interest in the Vanguard ETF with a view to topping up - the only reservation is the lumpiness of distributions - I am never quite sure what I will receive until it arrives!

As ever, I would be interested to hear how others have done over the past 12 months - leave a comment if you keep track of your portfolio. 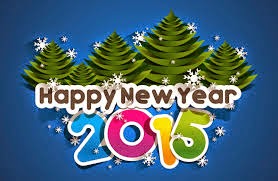