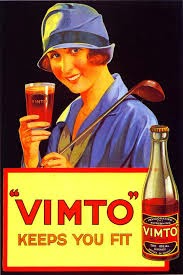 I added this AIM-listed soft drinks company to my ISA portfolio in September 2013. Here’s a link to my post last year following the full year results.

In a trading update today, Vimto maker, Nichols have reported that sales for the full year will be around £113.6m up 3.4% on 2013 and an increase of 4% during the second half of the year (link via Investegate).

International revenues increased 4.3% (7.3% on a like-for-like exchange rate basis) with sales in the Middle East significantly ahead over the second half.

The Company says: “In summary, 2014 has been another successful year for the Group. Our key Vimto brand has outperformed the UK soft drinks market and we have delivered good growth in our international business. We expect the full year profit and earnings per share to be ahead of the prior year and at least in line with management expectations“.

The share price has seen a decline over the year, partly knocked by losing a litigation case in Pakistan involving one of its distributors.

The update has been well received by Mr. Market - at the time of posting, the share price is up over 3% at 930p. I have a dividend figure of 23p pencilled in for the full year.

The Group's Preliminary results will be announced on 5th March 2015.
Posted by diy investor (UK) at 13:23