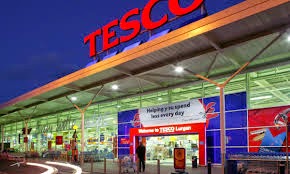 Tesco has today issued its trading update for the all-important xmas period. The figures appear better than anticipated given the poor decline reported in October.

New CEO, Dave Lewis has been in his post for just 3 months and the effects of changes already implemented are starting to come through. There has been some  improvement in the UK business resulting in like-for-like sales performance of -2.9% in last 19 weeks versus -5.4% in Q2.  This includes like-for-like sales performance of -0.3% for the six-week Christmas period.

The previous guidance for full year profits is maintained at £1.4bn.

One of the main focus of the turnaround is to strengthen the balance sheet. In this regard it is to close its headquarters in Cheshunt and also 43 unprofitable stores. Dave Lewis also said that he intends to close Tesco’s defined benefit pension scheme - one of the most generous in the country and also sell the analytics business behind Clubcard.

After slashing the interim dividend, I had hoped they might find a way to pay some level of final dividend but alas they have announced this will be scrapped completely.

I said in my last post "Tesco is still a very large business whose fortunes can and will be restored. Once again, patience and a focus on the longer term outlook is the order of the day....".

There now appears to be some light at the end of the tunnel. The update has been well received by the market and at the time of posting the share price is up 10% at 200p.

Lets hope the progress can be maintained and the dividend can be reinstated before too long!
Posted by diy investor (UK) at 12:36