I like this mutual building society and have been a saver with them for many years. They are the third largest BS in the UK (behind Nationwide and Yorkshire) and have assets of £31 billion.  Consumer champion, Which?, recently rated Coventry the highest scoring UK building society featured in the Which? results table for customer satisfaction. 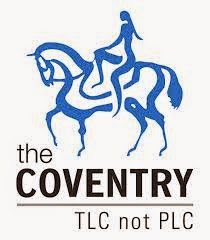 The mutual Society have today issued their full year results for 2014(link via Investegate).

As a holder of their PIBS, the item I always look for is their common equity (formerly core tier) 1 ratio which is an indicator of the strength of the company. This ratio has increased yet again to 25.4% and continues to be the highest of any UK financial institution (bank or building society). By way of comparison, Lloyds bank, which issued final results today has reported a ratio of just 12.8%.

"While the general UK interest rate environment continues to favour borrowers, the Society has again delivered in supporting its savers. In 2014, the overall growth in savings balances was £2.1 billion, a 10% increase on 2013, compared with a growth in the UK market of 5%, resulting in a record of £23.4 billion total savings balances"....

"The Society's responsibility to protect the interests of members requires strong financial foundations. We expect the Society's risk weighted capital ratio to remain the strongest reported by any top 10 UK building society and also took steps to increase our leverage ratio to 3.9% (2013: 2.9%) at the end of 2014 well above the proposed minimum level of 3%.

This strong financial performance has been achieved whilst also delivering the right outcomes to our members. We believe this is evidenced by research undertaken in October 2014 by consumer champion Which? who ranked the Society as the highest scoring building society for customer satisfaction. We are also proud that we not only have one of the lowest number of recordable complaints per member of any top 10 building society, but only 3% of complaints referred to the Financial Ombudsman Service were changed in favour of the complainant, compared with an industry average of 57%".

Given the strength of the Company, I fully expect the PIBS to be redeemed at par 100p next June. I will then need to consider some options for reinvesting the proceeds in my SIPP and ISA.
Posted by diy investor (UK) at 13:05