Founded in 1981, they have grown rapidly and currently have over 675,000 clients and employ around 800 staff. In total, as at December 2014, Hargreaves Lansdown has almost £50 bn of assets under administration or management on behalf of private investors. HL is the largest direct investment company in the UK, with 32% of the market. 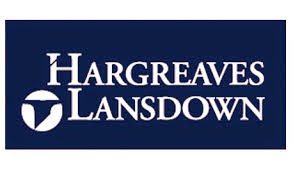 Most readers will be aware of the significant changes to pensions which are due to be introduced in April 2015. Since the changes were announced almost 12 months back, I have been reviewing my SIPP drawdown plans - here’s a link to my post last March.

With half an eye on the opportunities which were likely to arise, I purchased a stake in both HL and Charles Stanley last year. Today, Hargreaves have announced significant changes to their sipp drawdown product which is likely to be the first of many as other providers announce their own plans.

The main change is the scrapping of the flexible drawdown ‘set-up’ fee of £295 + vat (the existing capped drawdown set-up is free), they will also scrap the £25 one-off payment charge as well as the £10 payment alteration fee.

Hargreaves has introduced an exit fee of £295 +vat that will be charged if someone goes into drawdown and takes out all their cash in the first 12 months.

The net effect will be to levy the standard platform charges which currently applies to all SIPPs whether drawdown or build phase. For those investing in funds, this could work out expensive as the charges are tiered - the first £250,000 attracts a charge of 0.45%, the next £750,000 charged at 0.25% and the next £1m charged at 0.1%.

Tom McPhail, head of pension research at the fund supermarket, said the product has been made ‘accessible by stripping out any upfront charges’ and that investors should be ‘reassured to see this first product launch in good time for the new pension freedoms’.

These changes have been well received by the market with the share price closing up 3.5% at £10.53

I am now waiting to see how the other main players respond - especially my current sipp provider, AJ Bell Youinvest.