Investing Notes to my 21 Yr Old Self

It was not until I was in my mid to late 30s before I started to become interested in investing. My parent were savers rather than investors so stocks and shares were never the subject of conversation at home.

I suppose my initial interest would have been sparked by the receipt of shares from the demutualization of Abbey National BS in the late 1980s. A few years later in my early 40s I started saving in a low cost tracker PEP (the Tory version of ISAs) with Legal & General - half was allocated to FTSE All Share Index and half to Fixed Interest. In 1995, I purchased some shares in my first investment trust - City of London.

I have since become much more aware of the importance of keeping costs low and also of the effects of compounding over a longer period. Today, I am mainly focussed on investments to generate a predictable and rising income in retirement. 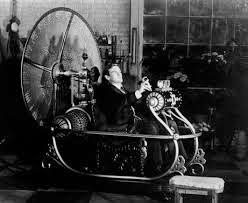 I thought it would be interesting to turn back the clock some 40 years and think about how I might approach things differently if I were starting out today. Here are some thoughts and investing notes to my younger self.

The charges for most diy investments have become very competitive in recent years. As we shall see below, it should not be too difficult to put together a simple portfolio with combined charges well below 0.30%. These charges are only part of the process however as it is equally important to choose a low cost broker/platform to hold these investments.

It is also worth considering dealing costs for the type of asset you want to hold in your account. Some providers make no charge for buying/selling funds. Others may charge for buying ETFs or investment trusts but then do not charge a platform fee.

A good strategy for the novice investor is to start with an ISA provider with a low percentage fee, ideally less than 0.3pc and also one that does not levy a charge for buying/selling holdings.

Fortunately, Monevator provides a neat comparison table which sets out the different charges for all the main DIY platforms/brokers so it would not be too difficult for my younger self to make a suitable choice.

The percentage fee candidates include Charles Stanley Direct or Cavendish Online (both 0.25pc) combined will no fee to purchase funds. If my 21 yo self decides to go down the ETF route then AJ Bell may be a good choice as there is no platform fee and their regular investment facility could be used to purchase @ £1.50 per deal. Their platform fee on tracker funds is only 0.20% but they charge a £4.95 dealing fee - this will obviously add to costs if money is fed into the account on a monthly basis.

When the portfolio has reached a reasonable size – say above £30,000 – it can be moved to a provider charging a flat fee or capped charges.

With the prospect of investing for over 50+ years, the odds of selecting a managed fund or investment trust which could out-perform the market are extremely low - probably less than 100 to 1. Selecting that single manager from the multitude of funds right at the start would be nigh on impossible. I would therefore suggest a low cost tracker fund or ETF would be the best option.

There are many markets to track - the FTSE 100 or FTSE All Share are popular in the UK however the British market accounts for less than 10% of the global market - the largest market is USA with around 50%. One option however for investing in the UK market is Vanguards UK All Share fund with charges of just 0.08% - that works out at less than £1.00 p.a. for every £1,000 invested.

If my younger self wishes to avoid home bias, then it is easy to select one or more global trackers which will provide a diversified and broad-based approach. It is then just a question of selecting funds with the lowest charges.

One of the cheapest options is again Vanguard with their Developed World (Ex UK) Index Fund which charges 0.15%, or just £1.50 on a £1,000 fund. Another low cost option is L&G International Index fund with charges of just 0.13%. Low charges such as these would have been unthinkable just 10 or 20 years back.

Depending on platform charges of the broker, it may be preferable to go for exchange traded tracker funds. A couple of options are iShares Core World ETF (SWDA) with charges of 0.20% or Vanguard Developed World ETF which has charges of 0.18% - £18 per year on £10,000 holding.

Over the longer time span, equities are likely to provide the better returns so for those with an ability to ride the rollercoaster, I would advise accepting the higher volatility and invest 100% equities and avoid bonds - it may be worthwhile reviewing this aspect at some point down the line - maybe at age 50 yrs by which point my younger self may be thinking about retirement options!. For those who like the less volatile route, another option would be the Vanguard LifeStrategy funds with their mix of equities and bonds - possibly the VLS80 or VLS60.

Some people advocate a more measured approach with a mix of equities and bonds. This will reduce volatility but there is a price to pay - lower average returns. For example, investing £200 per month for 40 yrs in an equities tracker with average returns of 5% per year would produce a total of £263,101 (after allowing for annual fund charges of 0.5%). An allocation of 50% equities and 50% bonds will provide lower  returns than equities - on average perhaps 3.5%. The same sum invested in the mixed portfolio will produce a return of £183,897 - nearly £80,000 (30%) less than the equities only route (thanks to Candid Money Investment Calculators).

So, a couple of diversified low cost trackers will be the core of the portfolio but I would always advise a modest allocation to smaller companies over the longer periods - maybe 5% to 10% of the total allocation. A couple of options are F&C Global Smaller Companies Trust which has charges of 0.53% - alternatively, the Vanguard World Small Cap Fund with charges of 0.38%.

For many years in the early days of my working life, my employer did not provide a company pension. It was not until I joined a corporate employer in my mid 30s that I started a pension - I therefore missed out on around 15 years right at the start which I could never hope to catch up.

The importance of early years saving was a point I emphasised in my book DIY Pensions using the example of Alex and Sue - here’s a summary in one of my early posts.

My advice to any young person would be to start saving for retirement sooner rather than later.

With the recent introduction of auto enrolment, all young people are now more likely to be part of a longer term savings scheme even if the amounts being invested are fairly modest in the early years.

Therefore the advice would be to join the company pension scheme - with many of the larger employers, there is usually a scheme with the offer of some sort of “matching”. Commonly, you put in 5% of your earnings, your company puts in 5% as its default rate - if you raise your amount to 6%, they might put in 6%.

In addition to the company scheme, I would also advise my 21 yr old self to open a low cost SIPP. If I move jobs, the value of any pension can then be transferred to my own private pension.

In addition to a S&S ISA, I would advise starting a self-invested personal pension at the earliest opportunity. Depending on circumstances, I would try to put at least an extra 10% of salary into my SIPP over and above what is paid into the company pension.

It doesn’t mean lots of complicated decisions - as with the ISA, keep it simple with a couple of low cost equity trackers and a smaller companies fund. The combination of tax credits and reinvesting of income via accumulation funds should provide a very handsome pot after say 30 years.

With the prospect of continual interference from successive governments combined with the raising of the state pension age, I would advise my younger self not to rely too much on there being any state pension before age 70, possibly 75 yrs - even then, I suspect it will hardly cover a basic existence.

So there we have it, to provide the best chance of a little more comfort in later years, my 21 yr old self needs to switch on to saving in the early years. Equities will provide better returns than cash savings or bonds but will be more volatile (not to be confused with risk which is basically not knowing what you are doing).

The important thing will be to ignore the factors over which we have no control and concentrate on the areas where we do have a choices - costs, diverse investments, persistence. Over the longer time span of 50+ years, a low cost, diversified equities tracker will provide a better return than 99% of managed funds.

They say you can lead a horse to water but you can’t make it drink - by the age of 21, my younger self thinks he probably knows everything that is worth knowing so whether he will take on board any of the above is quite another matter!

What advice would you give your younger self? Feel free to leave a comment. 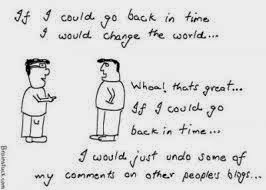