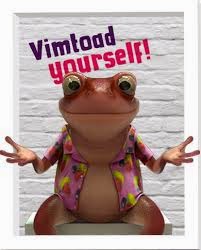 Nichols operates in the soft drinks sector and has been trading for over 100 years. It is best known for the brand Vimto which is sold in 65 countries around the world.

Nichols  is listed on AIM and was added to my ISA portfolio in September 2013. Here’s a link to the previous post around the same time last year.

The balance sheet appears strong and the company has a net cash position of £34.5m.

Around 80% of sales are generated in the UK and the remaining 20% from abroad. International sales increased by 4.3% to £24.1m driven by a strong performance in the Middle East. Vimto was first sold in Gulf countries such as Kuwait, Yemen, Bahrain, and the UAE. It was sold in Saudi Arabia as far back as 1928, and has been manufactured in Dammam, Saudi Arabia, since the 1970s.

Commenting John Nichols, Non-Executive Chairman, said:
"2014 was another strong year for Nichols as the Group once again outperformed the wider soft drinks market on its way to delivering double digit operating profit growth, pre-exceptional items. This strong outcome is again underpinned by the strength and heritage of our core Vimto brand both in the UK and internationally, as well as the diversity of our products and markets.

We remain focused on delivering our growth strategy both in the UK and internationally and we look forward to the year ahead with confidence."