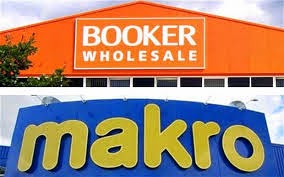 Booker Group is the UK’s leading food wholesaler, offering branded and private-label goods which are sold to over 1.5 million customers including independent convenience stores, grocers, leisure outlets, pubs and restaurants. They employ around 13,000 people.

The shares were added to my portfolio in April 2014. They have today announced final results for the full year to end March 2015 (link via Investegate). This merely confirms the Q4 numbers put out in April which looked pretty impressive to me.

In a separate statement, the company announced the proposed acquisition of Londis and Budgens for £40m - Londis is a symbol retail chain of 1,630 convenience stores.  Sales in the year to December 2014 were £504m.  Budgens is a franchised chain of 167 grocery stores with sales of £329m in 2014.

Charles Wilson, Chief Executive of Booker, said:
"This was a good year.  Customer satisfaction continued to improve, which helped grow Group sales to £4.8bn.  Our plans to Focus, Drive and Broaden the business remain on track.  We look forward to helping our customers prosper in the years ahead."

And commenting on the proposed acquisitions:

Dividend and Return of Capital

They have announced an increase of 14% in the full year dividend to 3.66p (3.2p 2014) - the cover is 1.84x - and will again propose an additional return of 3.5p per share at a cost of around £62m.  It is proposed that this is achieved by the issue of a new class of "B" shares which shareholders will be able to redeem for cash. They also indicated the return of capital to shareholders of a similar amount in 2016.

This therefore provides a total return of 7.16p equivalent to a yield of around 4.3% at the current share price of 167p.

The results and acquisition announcement appear to have been well received by Mr Market and in early trading, the shares were up 10%.
Posted by diy investor (UK) at 11:55