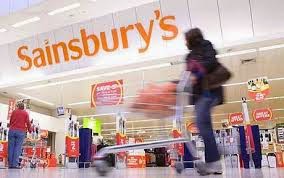 As we all know, it has not been a good year for supermarkets - for my sins in a previous life, I hold both Tesco and Sainsbury in my income portfolio.

They have today announced results for the full year to March 2015 (link via Investegate). .

This fall in profits will be the first annual loss for a decade.

New CEO Mike Coupe said, "The UK marketplace is changing faster than at any time in the past 30 years which has impacted our profits, like-for-like sales and market share. However, we are making good progress with our strategy, and our investment in price and quality is showing encouraging early signs of volume and transaction growth".

At the half way point last November, the interim dividend was maintained at 5.0p. However, anticipating a decline in profits, a decision was announced to target dividend cover at 2x earnings. The final dividend will be 8.2p, making a total of 13.2p for the full year, a reduction of 23.7% on the 17.3p paid last year. This has brought the payout back to the same level as 2009! Not fantastic for income seekers but more or less what I was expecting and much better than the zero final dividend announced by Tesco.

The results have so far received a mixed reaction and at the time of posting the share price is trading around 2% lower at 269p. This puts the shares on a current yield of 4.9%. Forecast earnings for the coming two years are ~22p which will reduce the dividend to 11.00p.


Last year I topped up my holding at 260p - my breakeven figure is 300p.  I am hoping the recent turbulence is starting to settle and the new management can make some progress to turn things around and improve profitability and earnings. I suspect it may be a long process and I would not be surprised to see some consolidations in this competitive sector of the market in the next year or two.
Posted by diy investor (UK) at 10:16