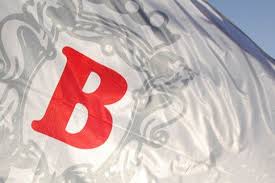 Berkeley was added to my income portfolio of shares just over a year ago - here’s a link to the opening post.

The board have declared a further dividend of 90p payable in September 2015.

The Group have a strong balance sheet and have remained ungeared throughout the year, with net cash rising from £129.2m to £430.9m.

The company said domestic demand was strong in its core markets of London and the south of England, and the developer has experienced sales price increases in line with those reported in the wider market.

"With £3 billion of cash due on forward sales over the next three years and stable market conditions, Berkeley anticipates that adjusted earnings for the current year will be at similar levels to 2014/15, and is targeting the delivery of pre-tax profits in the region of £2.0 billion over the three year period comprising 2015/16, 2016/17 and 2017/18.

Berkeley has the land, forward sales, balance sheet and people to achieve its targets. We are well positioned to pay the 433p of scheduled dividends equally over the period to September 2018 and build a successful and sustainable business for the long term that maximises returns in a cyclical market."

At the time of posting, the results have been well received and the share price is up around 8% at £34.20 - despite the strong surge in the shares in recent months, the dividend yield is still over 5%.

Berkeley Group’s market cap is now over £4.5bn - if it continues the current trend, it will become a candidate for admission to the FTSE 100 at the next reshuffle.

At this point last year the shares were changing hands at £21.80 and I was tempted to pick up a few further shares to add to my original purchase - but sadly I did not. Since then the price has risen by over 50% and a further 7% paid in dividends.

Clearly a strong set of results and happy to continue holding.