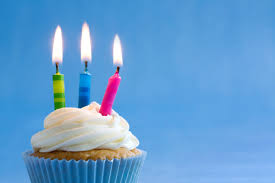 I decided to convert my SIPP into pension drawdown in June 2012. Its hard to believe that three years have now passed and its time for another annual update.

The plan is to maintain a rough split of 60% equities from which to generate a rising income which should hopefully keep pace with inflation. This element of my portfolio is comprised of a ‘basket’ of investment trusts. All trusts have managed above inflation dividend increases over the three years. In this regard, the drawdown sipp is an index-linked annuity substitute.

The non-equity part of the portfolio consists of the New City High Yield trust and a rather large dollop of PIBS from Coventry BS which is due to mature next June.

At this point last year, the total return for the portfolio was 32.6% which meant that over just two very good years, the value of the portfolio had grown to its original starting valuation prior to taking the 25% tax-free lump sum payment.

Over the past year, the returns have been more mixed and the performance of some of the investment trusts have been more muted as share price premiums have reduced. Once again there have been no changes to the portfolio. As readers of my blog will know, this is a big contrast to my individual shares portfolio!

As can be seen from the end column, I have calculated the 3 yr average annualised return (including income) for each of my investments. Sometimes it can be a little misleading focussing on the income yield alone whereas what really matters over the longer term is total return - capital appreciation + income combined.

My holding in smaller companies specialist Aberforth continues to perform well with an average return of over 29% p.a. in each of the past three years. The larger trusts, Edinburgh and City of London have been very solid however I have been a little disappointed with a few of my Aberdeen stabled ITs over the past couple of years - the two Murrays, and Aberdeen Asia Income.

The total return including income after 3 years is 43.8% which is very satisfactory.

In recent months, I have reviewed my investing strategy and have been moving more towards passive index funds with my ISA - I thought I would just compare how my pension may have performed over the past 3 yrs using say Vanguard LifeStrategy 60 which would reflect the equity percentage for my current sipp portfolio.

Over the past 3 years, the average annualised returns (adjusted for platform fees of 0.20%) for the Vanguard fund have been ~10.5% p.a. Assuming I sold some of units at the end of each year to provide an equivalent income, my starting sum of £62,000 would now be worth ~£74,000 had I adopted this route to manage my sipp drawdown.

Obviously, the investment trusts have delivered a steadily rising income stream which means I do not need to touch the capital. The overall CAGR after 3 years is 12.9%p.a. - without the boost from smaller companies specialist Aberforth, I suspect this figure would be nearer to the 10% offered by the LifeStrategy 60 fund.

The aim of the sipp drawdown is to generate a steadily rising income from my investments to keep pace with inflation.

In each year the dividends generated have seen a modest increase - the current return is around 4.6%. In the first two years I withdrew around 20% less than the natural yield in order to build a cash buffer. In the past year I have increased the drawdown amount from £2,800 to £3,250 which represents just over 4% leaving a little more to increase the buffer.

Under the new freedoms, I am now able to drawdown as much or as little as required. As my pension is my main source of taxable income, I could withdraw £10,600 tax free this year - this option is currently under consideration.

As we all know, there was quite a radical shake-up of pensions announced by the Chancellor in his 2014 Budget. Here’s a link to my post shortly afterwards and a more recent article in March.

These changes took effect from April 2015. I have now converted my pension from income drawdown to flexi drawdown which basically means I am now free to take ad hoc payments from my pension for whatever sum I decide as and when needed. I am considering a house move later this year (yes, I know, it‘s only a year since the last move!) and it could be a possibility to use some of my pension towards this although I have decided against the Lamborghini this year.

I am reasonably happy with my first three years of self-managing a drawdown sipp portfolio. The dividend income has predictably rolled in very much as expected and importantly, increased each year a little ahead of inflation. I am pleased the overall result after the first three years which have been a little better than I could have achieved with a simple low cost approach using Vanguard Lifestrategy funds.

I will need to give some thought as to where to reinvest the redemption of the Coventry BS PIBS next year but for the time being, I am minded to leave the portfolio to take care of itself - as they say, if it ain’t broke….