Are we be better off investing in a pension or an ISA?

It may not make any difference if some of the proposals suggested in the latest consultation Green Paper on pensions tax relief are adopted. 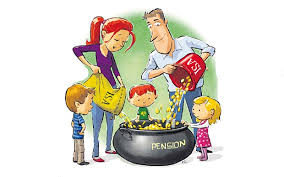 At the heart of the current pension system is a simple principle - the contributions you make to a pension during your working life are tax free, and you pay tax on them when you come to take your pension - except you have the option to take 25% as a tax-free lump sum.

In his budget speech earlier this week, the Chancellor suggested pensions could be treated like ISAs, whereby taxed money goes in and there is no tax on the way out.

There have been quite a few changes for people to take on board in the past year or so.

In the Spring Budget 2015, the government announced changes to the ISA rules which allow you to withdraw and replace money from your cash ISA intra-year without this replacement counting towards you annual ISA subscription limit. This policy will also cover cash held in stocks and shares ISAs.

These changes will come into force from 6 April 2016.

Last year, pension freedom reforms were introduced and took effect from this April and have given people control over what happens when they access their pension. The introduction to the workplace auto enrolment is trying ensure that more and more people have the opportunity to build up savings for their retirement.

Over the course of the last Parliament, the coalition government made several changes to limit the amount of tax-privileged pension saving that individuals can make, either personally or by their employer, through changes to the lifetime and annual allowances.

Even allowing for these less generous provisions, the treasury have estimated that the gross cost of pensions tax relief remains significant. Including relief on both income tax and NI contributions, the government gave up nearly £50bn in 2013-14.

The proposals for Reforms

A sound case could easily be made that the best method of achieving the government’s aim of fostering a strong culture of saving is to retain the current system, particularly as it is deeply embedded in many processes used by employers and pension providers.

However, the government is also interested in exploring options for how the system of pensions tax could be reformed to strengthen the incentive to save.

While the current system is simple in principle, there is evidence that some pension savers are unaware or not motivated by the tax benefits associated with paying into a pension. In particular, research suggests that for lower income groups tax relief is not an important determinant in people’s decision to save. Some are unaware that they will be required to pay tax on their pension when they come to retire.

It has been suggested that a fundamental reform of the system so that pension contributions are taxed upfront (a system like ISAs), and then topped up by the government, may allow individuals to better understand the benefits of contributing to their pension as the government’s contribution might be more transparent, and they would no longer need to consider the future tax implications of their pension choices or work out how much their pension pot is worth given their expected tax rate in retirement.

Equally, others have argued that the current system, where no tax is due on pension contributions while working but tax is paid in retirement, is simple for individuals to understand and also provides an incentive to leave money in their pension pot. Many other variants have also been suggested

Personally, I take the view there have been too many changes to pensions over the past decade. These are supposed to be savings plans for the long term and I am wondering how people are expected to make plans for their long-term future when the goalposts are moved and the system is changed and tinkered with year on year.

Obviously, it is important for individuals to take responsibility for their future so any initiative to remove barriers or introduce incentives for younger workers to save are to be welcomed. However, I am sceptical that moving the tax breaks from on the way in to on the way out is going to make a whole heap of difference to most savers.

Maybe it would be possible to introduce a simple, ultra low cost, diversified index fund and used as a default option for workplace pensions, this would help to restore some much needed confidence in the system.

I don’t think I will be submitting my views to the Chancellor but for those who take an interest and may wish to throw in their two penn’orth :

Responses to this consultation should be received by 30 September 2015.