I am due to reach state pension age in a little under 3 years time so I requested a pension statement from DWP. It arrived this week.

Based on my record to-date, it suggests I may get £140 per week as this is the higher of what I was originally due to get under the existing system. It includes extra amounts for serps entitlements. Under the new flat-rate pension, I would only be entitled to £125 p.w. as I have been contracted out for some of the time. 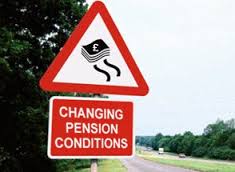 I included a chapter on these reforms in my book ‘DIY Pensions’. However at the time of publication, the reforms were just proposals and now they have become a reality, so it is possible to view the effects with a little more clarity.

Under the new flat rate pension, those who have not been contracted out and also have a full 35 yr NI record will receive the new pension of ~£151 per week - the precise amount will be announced later this year.

Those who do not have a full NI record will receive a reduced pension. For example someone with only 25 yrs NI contributions would get £151 x 25/35 = £107.85 per week. As with the current system, people will have an opportunity to make up their NI record by purchasing ‘missing’ years.

Contracting out (CO) was a system where employees gave up their right to additional state pension, firstly in the form or the state earnings related pension scheme (Serps) then from 2002 in the form of the state second pension (S2P). In return workers and their employers paid reduced national insurance.

Government figures suggest around 4 out of 5 workers will have been CO at some point in their working life. Those workers who have at some point been contracted out will receive a reduced amount depending on the number of years they were CO. The formula for assessing the reduction is very complex. I have been CO for around 10 years in total however it was not clear from my own statement how the reduced figure of £125 was calculated.

Many people approaching retirement may have built up significant additional entitlements via serps, S2P and graduated benefits. When these are added to the old basic state pension, these could exceed what they would get under the new system. It would be unfair if people were to lose out on these entitlements built up over many years.

The state earnings-related pension scheme was introduced in 1978 and was designed to provide a top-up to the basic state pension. Employees who paid full Class 1 NICs between 1978 and 2002 earned a SERPS pension.

Members of occupational pension schemes could be "contracted out" of SERPS by their employer, in which case they and the employer would pay reduced NI contributions, and they would earn virtually no SERPS pension.

In 2002, Serps was replaced by S2P which would provide a more generous top-up pension for those on lower earnings.

When introducing the new pension legislation, the government have tried to ensure that those retiring after April 2016 and who would therefore qualify for the new state pension will be no worse off than under the old system.

The DWP will therefore do two calculations, looking at what you may have received under the old system and the new pension entitlement. Whichever comes out higher, known as the foundation amount, is what you would be entitled to. 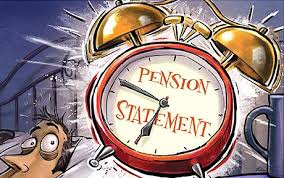 It appears the new flat-rate pensions are a bit of a misnomer - due to a number of factors such as NI years and periods of contracting out, most new pensioners will not receive the flat rate pension.

It would also appear the new pensions may well be as complex and difficult to understand as the old system.

Commenting on the old pension regime in 2011, the governments arguments for change included the following:

"There is still substantial complexity and uncertainty in the system. Many are unsure what their state pension will be worth when they retire. This makes it more difficult for people to plan and save for their retirement. In a Department for Work and Pensions survey 71 per cent of people agreed that ‘sometimes pensions seem so complicated that I cannot really understand the best thing to do"

Personally, I will not be affected by the new pension provisions. Although I will reach the state pension age after April 2016, it looks like I will still roughly receive the pension I always expected.

All of the pension benefits built up during the years when I was contracted out, were consolidated into my SIPP and I have taken benefits from this for the past 3 years via drawdown.

There will however be many expecting to receive the widely-touted flat rate pension of £8,000 from next April who are likely to be disappointed as they will receive quite a bit less than this amount.

It will be worthwhile finding out what you will be entitled to by requesting a state pension statement from the DWP.

What do you think about the new pensions - will you be affected? Leave a comment below.
Posted by diy investor (UK) at 11:30