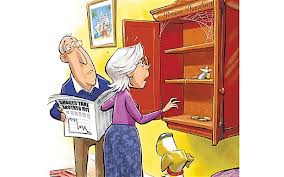 A few years back, I retired from full time paid work. I have managed to build a modest pension pot in my SIPP and also hold various investments in my S&S ISA (previously PEP) gradually accumulated over the past 20 yrs or so. I calculated that I could just about live off my savings, sipp pension and investment income, knowing my state pension would be available from age 65 yrs.

The original strategy was to hold a mix of income generating shares, investment trusts and fixed income securities. I would draw down the natural income from these investments leaving the capital untouched. Over the past 7 years, the plan has been working out much as planned.

As around 60% of the portfolio is invested in equities, the income and dividends would hopefully increase year-on-year to provide a hedge against inflation.

Earlier this year, I began the process of reviewing my investment strategy and concluded that I would make a shift away from individual shares and some managed investment trusts in favour of more index funds and ETFs. I was particularly drawn to the simplicity and balance of the Vanguard LifeStrategy option. This one-stop solution formed the central theme to my latest book ‘DIY Simple Investing’.

Some of my index funds such as Vanguard FTSE UK Equity Income, pay a reasonable income however I do not want too much exposure to the UK equity market, therefore an increasing proportion of my portfolio has been reinvested in the VLS funds which are globally diversified.

However, whereas the yield on my UK Equity Income fund is around 4%, the natural yield on the VLS fund is currently only around 1.3%. I anticipate that I will probably need to sell some of the capital each year to make up the shortfall so I have purchased the accumulation version of the fund. 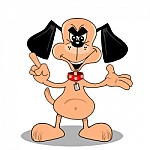 I will need to take account of platform costs and fund charges which together will be ~0.30% so my actual amount withdrawn will probably be nearer to 3.7%.

It would not be viable to sell units on a monthly or quarterly basis due to the dealing costs involved - currently £12.50 per transaction with my Halifax Share Deal ISA. I therefore plan to sell down capital units from VLS just once per year. The question now to be addressed is what to do about the years when there is little or no capital growth to cover the 4% sell down or even years when there is a reduction in the capital value.

The LifeStrategy funds have been going for just over 4 years. The average total return for the VLS 60 fund since launch has been 8% p.a. so at first glance it would be easy to think it would be possible to sell down 4% of units each year to use as income. 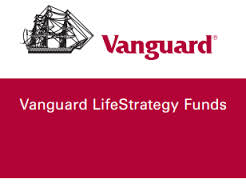 However, the past 4 years have been reasonably positive for both equities and bonds and I am expecting the longer term average to come down to nearer 6% p.a.

Also the 8% is averaged out over the four years. Looking at each year separately, the rolling 12m returns have been:

I have been viewing Vanguard's simulated asset class risk tool for the 30 yr period 1984 to 2014 and using a 60/40 equity:bond allocation. Over this longer period the average return has been 10.2%.

I will therefore maintain a cash buffer - an instant access building society account - which always holds at least the equivalent of the income I would require for at least two years - so a minimum of 8% of the VLS fund value. This should provide a sufficient buffer and enable me to draw 4% income for 2 yrs without selling units in my index fund.

During the positive years I will rebuild any shortfall in the buffer account to bring it back to the 8% min. and when this is restored I will simply sell 4% of the value of my VLS fund for income. Obviously, should there be a run of consecutive returns above 4% or 5%, I will have the option to build up the buffer account to a higher percentage, take more ‘income’ or leave the excess returns invested within the VLS fund.

I have made a note to look at the return figures at the first anniversary of my initial purchase next June.

If any readers can suggest a better way to operate this or they already use their own system, please feel free to leave a comment below.
Posted by diy investor (UK) at 08:47