NCYF had been a part of my SIPP portfolio for a number of years however, it was one of several investment trusts to be sold as part of my drawdown release. One reason for selecting this for a sale was that earlier this year, I added the trust to my ISA portfolio.

It invests in high-yield fixed-interest securities and has produced positive NAV total returns and increased dividends in each of the past six years. The trust has a widely diversified portfolio, including some high-yielding convertibles and equities, with useful exposure to floating-rate notes to guard against inflation.

Building on the previous years 3.1% uplift, the Company's net asset value has again seen a modest adjusted increase of 1.0% although the share price return has fallen back due to a reduction in the premium to NAV - this is always a possibility with investment trusts bought at a premium to their underlying asset value. Investment returns were muted due to Eurozone concerns and the strength of the US dollar.

Dividends have been increased to 4.31p for the full year (paid quarterly) giving a yield of  around 7.3% based on the current share price of 59p. The dividend is more than covered by earnings of 4.51p per share and revenue reserves are 113.5% - the equivalent of 13 months current dividends.

As in previous years, the trust continues to trade at a premium to net assets and the management have place new shares raising £50m.  This has helped to reduce the percentage of ongoing charges for the year.

With a great deal of turbulence hitting the equity markets in recent weeks, its reassuring to have the steadying effect of the fixed interest constituents in my portfolio. 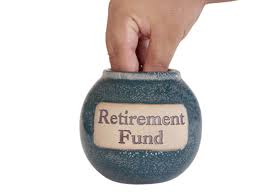 This past year has brought about a few changes to my investing strategy which I am hoping will dampen down some of the volatility of my investing journey.

This has involved selling some of my individual shares and replacing them with collective investments - notably Vanguard UK Equity Income fund and the more diversified Lifestrategy funds which formed the basis for my latest book ‘DIY Simple Investing’.

So far this year I have sold half of my portfolio - a dozen or so individual shares, which means 12 fewer annual reports, 24 fewer dividend receipts to monitor and less to write up for the blog - hence it has been a little quiet recently.

I have taken advantage of the lovely settled weather over the past couple of weeks to enjoy a return trip to Pembrokeshire and enjoy walking the coastal footpath - this time near to Strumble Head (just below Fishguard) - highly recommended!

I am slowly trying to get away from my daily addiction of following the markets (it helps to overlook packing the laptop!) - easy when you are physically removed from it all in a remote cottage in Wales - less so in my familiar routine at other times!

I was reminded of the benefits of not checking on your portfolio every day when I re-read ‘Smarter Investing’ and also my article on some aspects of successful investing from July following the recent market turbulence. Nobel prize winning psychologist Daniel Kahneman found that a loss yields roughly twice the psychological effect of an equivalent-size gain ....mmmm.

The chances my portfolio of shares will be up on any particular day is around 50/50 - every other day therefore I am likely to get a double whammy - not good for my emotional equilibrium.

Interestingly, the longer the gap between reviewing my portfolio, the lower the chances of registering a loss.

So, the intention will be for me to move from my daily fix to a weekly review and from there to establish a once-per-month regime. Lets see how it goes!

With less shares to monitor combined with a much less frequent viewing of my investments I will need to find a new hobby to fill all the extra time - maybe something more physical and then the coastal walks will be a little easier!