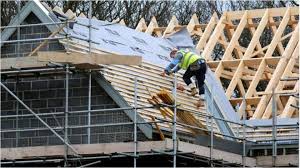 They have today issued results for the half year to end October 2015 (link via Investegate).

In 2011, Berkeley put in place a framework to deliver £13 per share to shareholders over a ten year period, as the market began to recover from the global financial crisis. The Company is now proposing to increase the 2021 target from £13.00 per share to £16.34 per share, with the remaining £12 per share to be paid in annual dividends of £2 per share over the next six years

The board have therefore declared a further interim dividend of 100p payable in January 2016 - xd 18th December and propose to deliver a further 100p dividend in September.

Commenting on the interim results, Chairman Tony Pidgley CBE said: "Berkeley's contribution to housebuilding, job creation and the wider economy remains strong. Our contribution to UK GDP was £2.1 billion in 2015, up 40% from 2014 and the seventh consecutive year of growth. Over the last five years, Berkeley has built over 17,750 new homes and contributed a total of £1.8 billion to the Treasury through direct and wider taxation. We are now supporting 26,000 jobs in the business and our supply chain. Meanwhile, since its inception in 2011, the Berkeley Foundation has committed over £6.7 million to more than 70 charities, of which £2 million has been raised by Berkeley's staff".


There can be no doubt these are once again very good figures. The results were well received by the market and by lunchtime the share price was up over 6% at £35.90. The yield is currently 5.5%.

I have sold around half my individual shares this past year but I am happy I decided to keep hold of Berkeley!
Posted by diy investor (UK) at 13:40