This has been quite a significant year for me involving a few more changes than usual so apologies in advance for the lengthy post! 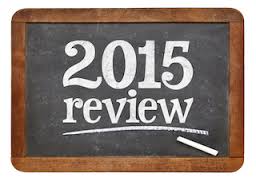 In March/April I decided to review my whole investing strategy. The outcome was to begin to simplify and diversify - wind down my individual shares portfolio and reduce some of my managed funds. The proceeds were diverted towards an increased passive strategy - in particular, the Vanguard LifeStrategy index funds. I last posted an update on progress in November.

I have also started to operate a more flexible approach to taking income from my investments.

A large part of the first half of the year was spent writing my latest ebook ‘DIY Simple Investing’ which was self-published in June.

Turning to my portfolios and following on from my half year review at the end of June, I have just completed a review of my actual investments - sipp drawdown and ISA - for the full year to the end of December.

In the past I have used the return from the FTSE 100 to measure the performance of my diy portfolio returns. However as the portfolio has become more globally diversified, I now use an average of 3 Vanguard funds.

Total returns for these over the past 12 months are as follows :

So far as cash deposits go, the Bank rate has remained at a record low of 0.5% and the savings rate on my instant access account with the Coventry remains the same as last year at just 1.5%.

As mentioned earlier, my individual shares portfolio has been the main area of change following my review of strategy.

With the markets riding high in March/April, I took the opportunity to start reducing the number of holdings. Sales included Hargreaves Lansdown, DS Smith, Sage and Nicholls. Some of the proceeds were redirected to the Vanguard UK Equity Income fund.

August saw the sale of Glaxo, Booker and easyJet and again, the proceeds were reinvested into Vanguard LS 60.

My review of strategy and corresponding reduction in shares came largely when the markets were at a high point. Whilst this has inflated the annual return figure for my shares portfolio, the passive collectives sector into which most of the proceeds were directed has been adversely affected as the markets have drifted back down during the second half of the year.

The better performers have been media group Sky up 27.7%, house builder Berkeley Group +58.8%, Nichols +27.2%, DS Smith +23.8% and Sage Group +27.3% (all figures include dividends paid). The returns have been held back by the well documented dire performance of the commodities sector. My one-stop commodities play, BHP Billiton is down 36% although this was offset a little by the demerger and later sale of South 32, also oil sevices group Amec Foster down -44% following a warning on profits and a future reduced dividend.

Total income received on the shares over the period is 3.4%. Obviously I have not received full year dividends for those shares which were sold in the first half. Collectively, dividends have increased by an average of 7.5% over the year - the highest increases have come from Next 16.3%, Legal & General 21%, Berkeley Group 11.1%. Tesco provided me with little cheer - no dividend this past 12 months combined with a slump in the share price - not the smartest of moves to top-up my holding last year.

The total return including income on my individual shares has been 8.5% which has certainly helped to keep my overall returns in positive territory.

Over the 12 month period, I have taken the opportunity to replace my Asia focussed trusts with the Vanguard Asia Pacific ETF. I also decided to reduce my holding in Murray Income, Murray Intl. and Temple Bar.

The total return for my basket of trusts over the year was fairly flat at just 0.8%.

The better returns came from smaller companies specialist, Aberforth (again) up 14%, Edinburgh (once again) up 15% and Finsbury Growth & Income up 12%   The trusts that has struggled for me this past year have been Blackrock Commodities Income (unsurprisingly) -32%, Murray International -13%  and Dunedin Income -7.8%.

Income yield from the trusts portfolio has been steady at 3.9%. The collective increase in dividends has reduced to just 3.7% (2014 4.7%). The highest increases were Finsbury 7.1%, Murray International 4.7% and smaller companies specialist Aberforth 5.3%.

My Vanguard All World High Dividend ETF performed strongly last year but although global markets have generally done better than the UK market in 2015, for some reason the distribution of income has been reduced by 19% this year compared to 2014 and which has impacted on return. Over the past year this has seen a total return of -5.2% including 3.0% income.

In March, I added the Vanguard UK Equity Income fund to my portfolio with the proceeds from several individual share sales. The fund gives investors access to a broad range of around 140 dividend-paying securities from across the FTSE 350, while reducing the risk of being overly invested in a small number of high-yielding shares or particular industry sectors by limiting the percentage of the index invested in any one company or industry.

I have just received my second half-yearly dividend of 379.36p per unit which makes a total of £7.77 for the year represent an uplift of 9.7% on the equivalent distribution in 2014. This is very acceptable.

This fund is probably the nearest proxy for my higher yielding shares portfolio but obviously far more diversified.

In May, I replaced 3 of my investment trusts with the lower charging Vanguard Asia Pacific ETF - this should save me ~1.0% in charges each year. It has just paid a quarterly distribution of 14.17p per share.

Finally, a significant percentage of my redistribution has been invested in the Vanguard LS 60 index fund. The intention is to sell down units each year to provide ‘income’ and I have set aside a cash buffer reserve representing 10% of the fund’s value from which I can draw upon for income in years when returns on the index fund are negative.

Since purchase in June (two tranches), the fund has advanced by 1.5% so with a following wind, I am hoping I can draw down my required ‘income’ of 4% from the fund at the end of my first year. The 10% cash reserve meanwhile is earning 1.50% interest in my building society.

As mentioned earlier, my index funds and ETFs have taken the ‘hit’ from the sale of shares and reinvestment at the height of the markets. The total return for my index collectives has therefore been negative over the second half of the year with a total return for the year of  -2.7%.

As ever, the PIBS and fixed interest sector has provided a steady and predictable income of 6.1% however capital values have declined by -1.9% leaving a total return of just 4.2% for the year.

The best performances came from Skipton BS PIBS which provided a return of 6.1% and Lloyds bank preference shares 7.1%.

My largest holding is the Coventry BS PIBS which are due to mature in June 2016. I will therefore need to give some thought as to where to reinvest the redemption proceeds.

As a whole, the portfolio has delivered a total return of 2.7% over the past  year (2013 13.3% & 2014 5.4%) including the payment of 4.0% income (2014 4.5%). The lower income figure this year reflects the transition of a significant allocation into my Vanguard LS index fund which is the accumulation version where all income is automatically reinvested.

The return of 2.7% is not as high as recent years but given that inflation is zero, it still represents a real return and builds upon significant positive returns for my efforts in 6 of the past 7 years.

I am starting to feel comfortable with my revised strategy - less individual shares means less monitoring of dividend receipts, annual reports etc. The move to index funds and ETFs provides more global diversity and in particular the equity/bond balance provided by the LS60 fund gives more stability and makes life very simple as it is automatically rebalanced to maintain the 60/40 ratio. I hope this addition will make it easier to leave alone and avoid the tinkering.

My conclusion for last year was :

“I will give a little more consideration to maybe increasing the balance between my collectives/individual shares - possibly 70% or 75% collectives (currently 65%). I will also take a little more interest in the Vanguard ETF with a view to topping up - the only reservation is the lumpiness of distributions - I am never quite sure what I will receive until it arrives!”

Well, the balance has certainly shifted and my individual shares are now less than 15%. My portfolio is becoming less volatile, more balanced and globally diverse. At the same time my total pot has grown a little more.

As ever, I would be interested to hear how others have done over the past 12 months - leave a comment if you keep track of your portfolio.

Finally, wishing all readers a healthy and prosperous New Year!
Posted by diy investor (UK) at 09:44