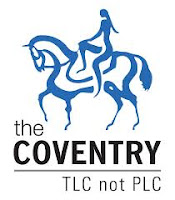 I like this mutual building society and have been a saver with them for many years. They are the third largest BS in the UK (behind Nationwide and Yorkshire) and have assets of £34 billion.

Consumer champion, Which?, recently rated Coventry the highest scoring UK building society featured in the Which? results table for customer satisfaction. In 2015 the consumer organisation Fairer Finance independently assessed the performance of the largest financial service brands in terms of customer happiness, trust, complaint handling and transparency. It rated us No.1 for both savings and mortgages.

As a holder of their PIBS, the item I always look for is their core tier 1 ratio which is an indicator of the strength of the company. This ratio has increased yet again to 29.4% and continues to be the highest of any UK financial institution (bank or building society).

Given the strength of the Company, I fully expect the PIBS to be redeemed at par 100p in June. They were first purchased in 2009 and again in 2010/11 for between 87p and 91p so there will be some capital appreciation combined with the annual payments of interest.

I will now need to consider some options for reinvesting the proceeds in my SIPP and ISA.