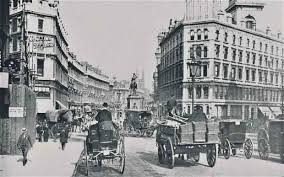 The trust aims to provide both capital and income growth from a portfolio that is predominantly focussed on global equities.

According to figures from the Association of Investment Companies, £1,000 invested over the past 10 years would have produced a total return of £2,140. With one or two exceptions, the dividend has grown or been held in each of the past 40 years. Dividend growth over the past 5 years is 5.3% p.a.

Murray International (MYI) has today reported results for the full year to 31 December 2015 (link via Investegate).

The trust had outperformed the benchmark index for the previous 11 consecutive years!

The reasons for the underperformance are an underweight position in USA - similar to the previous year, foreign exchange considerations, a reduction in the premium to NAV which turned from premium to discount over the past year, and an over-exposure to areas heavily dependent on exports in commodities to China such as S. Americas.

Lets not forget that these are active decisions taken by the manager which, so far, have not worked out to the advantage of shareholders in recent years - another reason to support the argument for passive index funds!

The management charges to Aberdeen have reduced by 2.6% to £7.0m (2014 £7.2m). However, as net assets have fallen by 12%, the total charges have increased to 0.83% of net assets including transaction costs. The management have agreed a marginally better deal on charges for 2016 and also the performance fee has been dropped which is good news.

As ever, the analysis of the global economy provided by Bruce Stout is well worth the read - he concludes his report:
"Predicting the future against a backdrop of unrecognisable factors is arguably futile.  The global economic landscape that prevails today cannot be found in any textbook or indeed in the historical experience of even the most seasoned investor.  It is most definitely unfamiliar.  From an economic perspective events of the past few years make no sense!  Governments across the globe have expanded sovereign balance sheets beyond breaking point through irresponsible excessive money creation to achieve virtually nothing.  Growth in the developed world constantly disappoints, debt levels have expanded significantly and living standards, at best, have stagnated. Sadly none of this should come as a surprise. Failure to grasp the nettle of chronic debt dependency and unsustainable consumption expectations remain the Developed world's Achilles heel. Politically unpalatable and economically unviable, realistic redress is constantly shunned by policymakers persistently procrastinating with less painful options.  Artificially depressing bond yields may have bailed out the banks, but responsible savers still foot the bill.  Yet still the unorthodox monetary intervention continues.  It is common knowledge that repeatedly pursuing the same actions expecting a different outcome is the definition of madness.

Unfortunately the stated aims and actions of numerous Central Banks today are symptomatic of exactly that. Against such a backdrop of unfamiliarity and uncertainty, investment must focus on what is familiar.  Good companies, possessing strong balance sheets producing affordable products people need offer potential stability.  Where geography of origin or market periodically attracts scorn then opportunities to acquire at discounted valuations will be embraced.  Global diversification, firmly out of fashion in an increasingly concentrated global financial landscape, will be maintained.  Whilst anything other than a challenging year ahead with potentially increased volatility appears unlikely, Murray International will continue to strive to navigate a smoother course in pursuit of its investment objectives".

On the dividend front, they are proposing to hold the final payment of 15.0p making a total for the full year of 46.5p - an increase of 3.3% on the previous year (45.0p). The revenue for the year however was only 45.7p (2014 40.8p) so the full year dividend has once again not been entirely covered by income and the management have dipped into reserves to make up the increase in payout. This is obviously not a sustainable position longer term however reserves are still more than double the dividends paid out over the past year.

MYI had been one of the cornerstones of my income portfolio for several years but shortly after last year‘s results, I decided to reduce my ISA holding (also Murray Income & Temple Bar) and move the proceeds to Vanguard LifeStrategy 60. I will continue to hold the remainder for the time being in the hope that the manager can get the trust back on track - if not, I suspect the board may be looking around for a replacement!

Leave a comment below if you hold this investment trust.