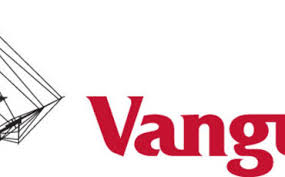 It is just 12 months on since my initial purchase of this UK income index fund.

The Vanguard fund tracks the FTSE UK Equity Income Index, which I understand was specially commissioned by Vanguard from the FTSE index compilers.

And the idea is simple: to give investors access to a broad range of dividend-paying securities from across the FTSE 350, while reducing the risk of being overly invested in a small number of high-paying shares or particular industry sectors by limiting the percentage of the index invested in any one company or industry.

Here, in essence, is how the FTSE UK Equity Income Index is constructed:

The Vanguard fund holds around 130 companies - the top ten holdings include all the usual suspects - Vodafone, Glaxo, Unilever, BATS etc. Other top 50 holdings include some of my individual share holdings - Next, L&G, Sky, Berkeley and BHP Billiton.

Ongoing charges are 0.22% and also a one-off dilution levy of 0.40% on purchase. In addition, my broker AJ Bell make a charge of 0.20% for holding funds (no such charges for holding shares, investment trusts or ETFs). The total charges therefore are not excessive and certainly compare with say City of London IT - which incurs no broker platform charges but just the trust's ongoing charges of 0.45%.

The current yield is around 4.7% based on projections from last years distribution. Dividends are paid out half yearly in June and December.

The index fund was purchased close to the market top when the FTSE 100 was closing in on 7,000. After May it was downhill all the way until mid February by which point it had retreated over 20%.

Over the 12 months to end February, the index fund is down 8.4%. My initial purchase price was £177.50 compared to the price today of ~£162. It was funded from the sale of several individual share holdings including - Nichols, Hargreaves Lansdown, DS Smith and Sage Group.

The fund has so far provided income payments of 397.56p in June and 379.36p in December - a total of 776.92p which represents a yield of 4.38% on the cost of purchase. The income distribution represents the combined dividends received (less costs and fund charges) so, unlike investment trusts which hold reserves to smooth out the income payments, I will not know exactly what payment will be received in my ISA until it actually arrives. For example, the income distribution for the previous year was 708.8p and in 2013 699p.

Given that a number of companies have announced dividend cuts in recent months, I am expecting some reduction to the 2016 distributions over the coming year. These are mainly commodity focussed companies such as BHP Billiton, Rio Tinto, Anglo American and Antagofagasta but also include Standard Chartered Bank, Rolls Royce and Centrica. The combined cuts so far announced in 2016 amount to ~5bn. Capita’s Dividend Monitor is predicting the first fall in dividends since 2010.

It will be interesting to see how some of my managed income-focussed investment trusts such as Edinburgh, City of London and Murray Income for example compare to the Vanguard index fund over the coming year or two.

I now use the Vanguard fund as an additional benchmark against which to compare returns for my equity income portfolio - individual shares and investment trusts.
Posted by diy investor (UK) at 11:32