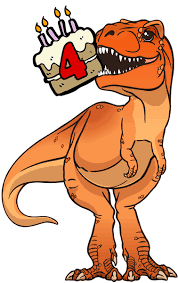 It's mid June, another 12 months has rolled by and time to review my SIPP portfolio at the end of its fourth anniversary. Here’s a link to the previous update last year.

The original plan was to maintain a rough split of 60% equities from which to generate a rising return/income which would hopefully keep pace with inflation. This plan has now been revised following the pension freedoms introduced in April 2015. The new strategy is to remove the value from my sipp up to my personal allowance each year and to transfer this into my tax-free ISA.

The net effect of the changes resulted in the sale of 3 investment trusts last October with the proceeds withdrawn tax free and later reinvested in the Vanguard LS 60 index fund outside of the SIPP. However, for the purposes of continuity, I will show the value of the Vanguard fund as if it were still held in my SIPP.

As can be seen from the portfolio below (end column), I have calculated the 4 yr average annualised return (including income) for each of my investments. Sometimes it can be a little misleading focussing on the income yield alone whereas what really matters for me over the longer term is total return - capital appreciation + income combined.

Returns have been checked in recent weeks as the markets are spooked by the looming EU referendum and the possibility of Britain leaving - all will be revealed next Thursday.

My holding in smaller companies specialist Aberforth has pulled back a little over the past year which is to be expected however the average return remains high and over 17% p.a. in each of the past four years. The larger trusts, Edinburgh and City of London have been very solid however I have been a little disappointed with a few of my Aberdeen stabled ITs over the past couple of years and Murray Income and Dunedin Income were sold. Murray International seem to be showing some signs of recovery this past few months.

The total return including income after 4 years is 43.1% (last year 43.8%) which is a little down on last year but still very satisfactory and works out at an average annualised return of 9.4% p.a..

The overall CAGR of the SIPP portfolio after 4 years is 9.4%p.a. - without the boost from smaller companies specialist Aberforth, I suspect this figure would be nearer to the 8% offered by the Lifestrategy 60 fund.

The original aim of the sipp drawdown was to generate a steadily rising income from my investments to keep pace with inflation.

Under the new pension freedoms which took effect from April 2015, I am no longer restricted by the GAD rules and I am now able to drawdown as much or as little as required. As my pension is my main source of taxable income, it makes sense to reduce the pot by transferring the capital tax free to my ISA. This year I intend to withdraw a further £11,000 which will be taken from the redemption of my Coventry BS PIBS at the end of this month. The balance will be reinvested within my SIPP.

I am reasonably happy with my four years of self-managing a drawdown sipp portfolio. For the first 3 years, the dividend income has predictably rolled in and importantly, increased each year a little ahead of inflation. Now I am able to withdraw significant lump sums tax free and place these in my tax free ISA.

If you are managing your SIPP or you are planning to do this, feel free to share your experience in the comments below.
Posted by diy investor (UK) at 19:22