Managing Finances As We Get Older

I have always been a big fan of Monty Python since they first appeared on our TV screens in the late 1960s and I was therefore sad to read the recent news that Terry Jones has been diagnosed with dementia at the age of just 74 yrs. He was the one who often appeared in sketches dressed as a woman in a pinnie and spoke with a falsetto voice.

Dementia is an increasingly common problem in out modern society and current estimates show it affects around 850,000 people in the UK, many of whom are thought to suffer from Alzheimer’s disease, which can have a devastating effect on short-term memory. This has led to fears that many diy investors could run into problems in future years.

A Few Stats on Dementia

Dementia can happen to anyone and there's currently no cure.

It is estimated there will be 1 million people with dementia in the UK by 2025.

Two thirds of people with dementia are women

One in six people aged 80 and over have dementia

80 per cent of people living in care homes have a form of dementia or severe memory problems.


DIY investors who manage their own pensions and ISAs without financial advice will most likely keep a close watch on their investments to ensure their plans for income remain on track. As we are all too aware, taking too much income at the wrong time can rapidly deplete pots and leave savers short in later years.

However, whilst the majority may feel on top of things now, one big area of concern for many will be how to approach the possibility that there may come a time when they can no longer manage their financial affairs.

One option to cover such an eventuality is to appoint a trusted person - partner, relative, close friend etc. - to take care of matters on your behalf.

One of the most effective ways to guard against the possibility is to establish a “lasting power of attorney”.

The Lasting Power of Attorney replaced the previous system of “enduring power of attorney” in 2007 over fears that the old system was too easily exploited.

There are two types – one covering health and welfare, the other property and financial affairs. They can be set up through a solicitor - costs will vary according to complexity and area of the country but on average ~£1,000 - £1,500 plus vat. For those who are managing their diy ISAs and sipps, a cheaper alternative would be a diy option directly via the Office of the Public Guardian’s blog site.

I recently did this for a member of the family and found it to be fairly straight forward provided you take some time to read the various guidelines which come with the application. Once completed and witnessed the documents are returned and cost £82 to register.

Once in place the attorney or attorneys are empowered to make decisions if the “donor”, the individual whose financial affairs are at stake, is deemed to lack the capacity to manage their financial affairs.

For those retiring at the age of 60 or 65 yrs, the standard rates offered are not such good value compared to 10 or 20 years ago. Therefore many people are choosing to go down the income drawdown route.

Pension changes introduced in April 2015 as part of the wider reforms mean any unused pension assets can be passed on tax-free if the original saver dies before reaching 75. However, standard annuities are not as flexible and wealth cannot cascade down the generations in the same way.

However, if death occurs over the age of 75 drawdown pensions are taxed as income at the marginal income tax rate of the beneficiary, or at 45pc if paid out as a lump sum.

At the age of 75 (and above), annuities start to become far more attractive and on average the rates available can be as much as 50% above the rates on offer at age 65 yrs. So 75 is a watershed moment and a good time to reassess whether the risks inherent in investing are still worth it.

Last week I was a little underwhelmed by the results of Murray Income investment trust which has now departed my portfolio. This week it’s the turn of CTY, also in the UK income sector. City of London is one of my steady, predictable, middle-of-the-road income trusts. It feels like a dependable, faithful old carthorse.

I first purchased CTY for my personal equity plan (PEP) in 1995 - it has served me well enough over the past two decades and it represents the largest weighting in my IT portfolio (ISA and SIPP drawdown).

City have just announced full year results for the year to 30th June 2016 (link via Investegate). Share price total return has increased by just 0.4% over the year and moved from premium to discount - compared to the FTSE All Share benchmark of 2.2%.

Dividends have increased by 3.9% from 15.3p to currently 15.9p giving a yield of 3.9%.  This will be 50 years of rising dividends - quite an achievement if you think back to the start of this run when England last won the World Cup! Reserves were bolstered by the addition of a further 1p per share to 13.5p.

Earnings per share rose by 3.4% to 17.42p, mainly reflecting the underlying dividend growth from investments held of 4.6%.

Ongoing charges are 0.42% and remain the lowest in the sector.

Relative to the FTSE All-Share Index, City of London benefited from being significantly underrepresented in banks and the oil and mining sectors. The best three stocks held in the portfolio which contributed to performance were US telecoms firm Verizon, insurer Amlin which was subject to a take-over bid and Br. American Tobacco.


Average annualised total return over the past 5 years has been good at 12.9% p.a. compared to say Vanguard Lifestrategy 100 which has an average return of 12.6%.

This trust is possibly the nearest proxy to a HYP portfolio often discussed on the Motley Fool discussion boards.

Unlike Murray Income trust which has disappointed over the past couple of years and has now been sold, I am happy to continue holding CTY for the foreseeable…

Murray Income Trust has been in my basket of income focussed investments trusts for several years. It has a record of increasing annual dividends in each of the past 41 years.

It has been managed by Charles Luke and his team at Aberdeen Asset Management since 2005. It is essentially a UK income trust but like several others in this sector, the management have been gradually increasing their exposure to larger, high-quality overseas listed companies.

It has recently issued its results for the full year to 30th June 2016 (link via Investegate).

Net asset  total return is up 5.9% however share price return is just 0.1% compared to the FTSE All Share Index increase of 2.2%.

Income generation has been below par for the year, partly due to a reduction in special dividends. The income generated over the past 12m reduced by 3.3% from 33.1p to 32p per share which therefore fails to cover the proposed dividend.

The management use options as part of the strategy to increase income. This year options income increased from 5.8% to 7.1%. I imagine many trusts will make limited use of such a strategy but it can be risky, especially when there is pressure to maintain an ever increasing annual dividend record.


Over the past couple of years I have been a little disappointed with performance compared to others in my portfolio. In June I compared the 5 yr performance of my basket of trusts against my Vanguard trackers and Murray Income was at the bottom of the table along side Dunedin Income.

Last year I took the opportunity to sell off part of my holding and I have now sold the remainder as MUT seems to add little to my basket of investment trusts.

I am hoping for better news from City of London trust which announces final results in the coming week.
Posted by diy investor (UK) at 18:14 No comments:

The Volatility of Shares

As most reader will know, I am gradually winding down my individual shares portfolio following a review of strategy in early 2015.

However, I thought it may be interesting to compare how my portfolio from Aug 2014 would have fared had I maintained the full holding of 23 individual shares. Here’s a link to my update in 2014.

I was surprised to see just how wide the variation in the fortunes of the portfolio. As can be seen from the comparison, over just two years, the results are a very mixed bag - some shares have done very well - 4 shares up by over 50%, others have tanked with 7 shares down over 20%. However, it seems that overall, the portfolio would have provided an increase in capital value of 8.4% over the two year period. 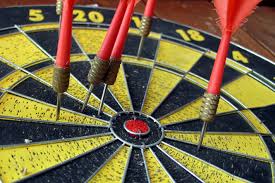 Over the past two years the returns from some of my investment trusts suggest it has probably been a wise decision to give up on shares. For example - City of London 9.4%, Edinburgh 18.6% and Finsbury Growth & Income 29.4%. The return from my Vanguard LS 60 has been 20.9%.

As noted above, whilst the FTSE has recorded a gain of just 1% over the past 2 years, there have been periods of quite volatile swings in both directions. Furthermore, at the level of individual shares, there have been margins as wide as +86% with Sage Group and at the other end of the scale, -49% for BHP Billiton.

Unfortunately, the markets do not go up or down in a straight line but tend to zig and zag - sometimes there are positive rallies and a cause for optimism, just a quickly hope can turn to despair as the markets lurch south testing patience, resolve and strategy. 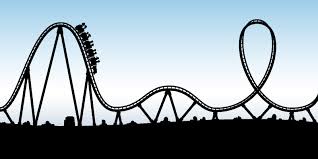 One of the main reasons for my change of strategy was to get away from the rollercoaster ride which is an inescapable part of holding shares. Some people are naturally more suited to following such a plan - maybe they view the portfolio as a single entity and disregard the ups and downs of the individual constituents.

At my stage of investing, I decided to simplify my holdings and reduce some volatility via more collective investments such as trusts and the likes of Vanguard Lifestrategy 60. Lower volatility created by a disciplined allocation to equities and bonds helps me to ‘stay in the game’ by reducing the impetus to trade and it is therefore easier to remain invested during all market conditions.

There is no getting away from the fact that the equity markets can be unpredictable and, at times, extremely volatile. We are all different in some respects and I am sure there will be many who are temperamentally suited to running a shares portfolio.

However, from my own perspective, its about matching my emotions and temperament with a corresponding strategy which meshes together. I came to the conclusion last year that the shares no longer fit this equation and I am feeling just as rewarded and more comfortable with my collectives - investment trusts and index funds.

Obviously a bit of me regrets the decision to sell some of the shares which have done well - Sage,  Imperial, IG Group for example but then again it is impossible to know at the time which shares would do well and which would struggle.

I think in the final analysis, it comes down to self awareness and having a robust strategy. How you choose to invest should always come down to the type of person you are and what you can and cannot handle in the markets in terms of risk.

Do you have individual shares in your portfolio? How do you manage volatility? Feel free to leave a comment below.
Posted by diy investor (UK) at 08:41 6 comments: